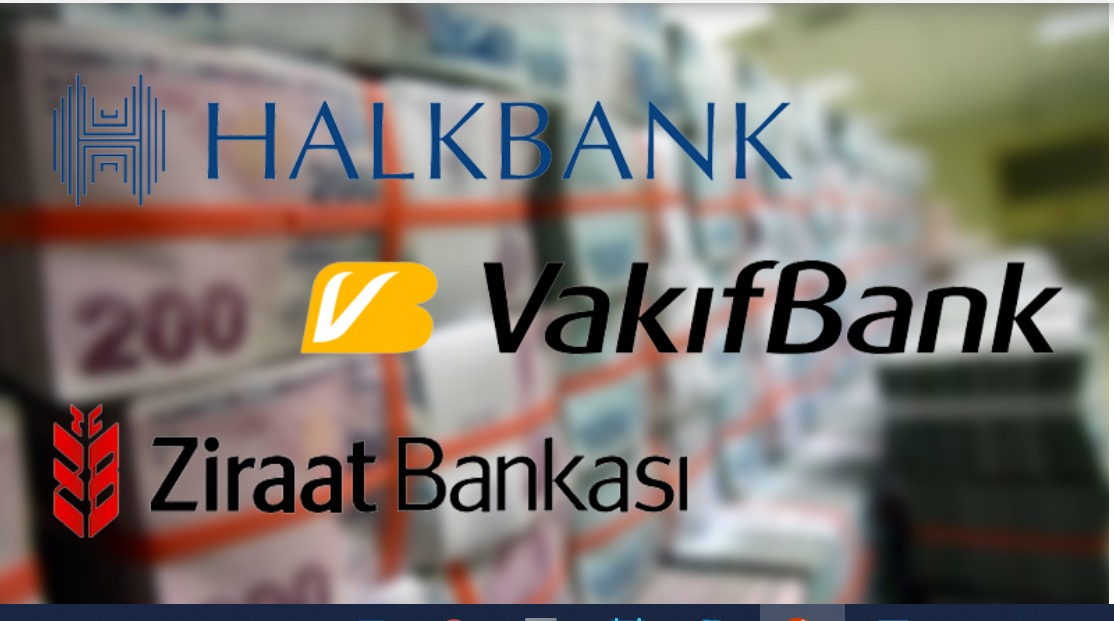 Lira’s decline and an effort by state banks to keep the cost of loans low since the Covid-19 pandemic have eroded their cash buffers, requiring the government to inject capital for the third time in about three years.  State banks play a vital role in the government’s plan to boost GDP growth via selective loans.

Turkey’s sovereign wealth fund will boost core capital of TC Ziraat Bankasi AS, Turkiye Halk Bankasi AS and Turkiye Vakiflar Bankasi TAO as well as their Islamic banking affiliates, a senior official with direct knowledge of the matter said, asking not to be identified as the decision has yet to be announced.

Following the news, Halkbank shares jumped as much as 3.9% while Vakifbank’s stock rose as much as 3.3% in Borsa Istanbul trading. The banking index was up 0.8% as of 12:04 p.m.

The lira’s decline and an effort by state banks to keep the cost of loans low since the Covid-19 pandemic have eroded their cash buffers, requiring the government to inject capital for the third time in about three years.

Turkiye Varlik Fonu, the wealth fund also known as TWF, holds a majority stake in all three state lenders. It injected $6.7 billion to support banks in two separate rounds in 2019 and 2020.

The fund financed previous cash injection via bond sales by the Treasury and Finance Ministry to banks in the local market.

Despite the injections, the average capital adequacy ratio of state-owned banks fell to 16% at the end of November from 18% at the end of 2019, according to the latest data from the banking watchdog.

Despite prodding and incentives, Turkey’s private banks are slowing loan-making, as credit risk rises economy-wide. According to press reports, if the Central Bank were to lose control of the exchange as it did in December, private lenders, too, could experience shortages of capital.

Turkey’s New Economic Plans has several pillars, one of which is to boost growth in tradables via funneling funds to exporters. However, despite recent rises, the prime loan rate at about 23% is far below the run rate of CPI (36%), which compels many firms to borrow at negative real rates to increase leverage (to boost return on equity).

The recapitalization plan is more geared to international creditors of state lenders, which may question capital adequacy in rolling-over maturing bank-to-bank loans.