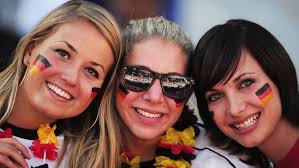 One of Turkey’s top export earners, tourism is looking ahead to a very bad summer season. While domestic traffic may reach 2019 levels, the outlook for international tourism is daunting.  Two of Turkey’s top visitors, namely Iran and Russia are still battling the Covid-19 menace, which countries are unlikely to send many visitors to Turkey.  Yesterday, Germany expanded the travel ban outside EU members until 31 August, effectively killing any chance of recovery. Germany, Iran and Russia had sent a total 11 million tourists to Turkey in 2019.

Germany introduced an unprecedented warning against all foreign travel in mid-March at the height of the coronavirus outbreak.

But from Monday, Germans will be able to travel freely again to EU member states as well Britain, Iceland, Liechtenstein, Norway and Switzerland.

Foreign Minister Heiko Maas said the decision to extend the travel ban for so-called third countries – those outside the EU and the no-passport Schengen zone – was necessary because of a lack of “shared criteria and coordination processes” with those countries in case of a virus flare-up.

“We cannot and will not risk that Germans become stranded all over the world this summer or that those returning from holiday bring the virus back to Germany,” Maas said in a statement.

Turkey will be among those hardest hit by the extended travel ban, as the Mediterranean country is Germans’ third favourite destination after Spain and Italy.

Thailand and Egypt are also popular holiday spots for Germans during the European summer holiday period.

Chancellor Angela Merkel’s cabinet however also agreed that exceptions could be made to lift travel warnings on a case-by-case basis, depending on “a positive development in the pandemic” and other criteria such as a country’s health system and clear rules on social distancing and mask-wearing.

Likewise, Germany can decide to reimpose travel bans on EU countries that report a spike in Covid-19 cases.

‘Freedom of movement is being restored’

In a separate press conference, Interior Minister Horst Seehofer welcomed the end of Germany’s border checks with its neighbours from Monday as EU countries gradually return to pre-pandemic, frictionless travel.

“Freedom of movement is being restored in the European Union,” Seehofer said.

European governments are under pressure to reopen their economies and ease lockdown restrictions now that the coronavirus is deemed under control in many countries on the continent.

With the tourism industry particularly badly damaged by the border closures, flight cancellations and hotel shutdowns of the past months, businesses are hoping that a busy summer season will make up for some of the losses.