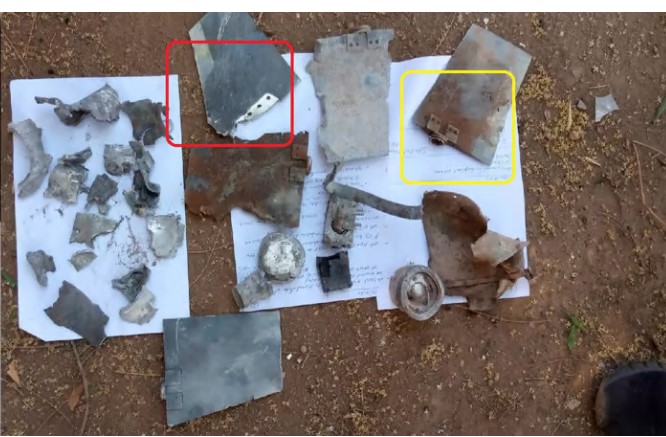 Newly obtained photographs of missile fragments provide the first material evidence that Ethiopia used a Turkish drone this month in an attack that killed 58 civilians sheltering in a school, according to Politico Europe.

Turkey’s growing prowess as a drone exporter is styled as a point of national pride by President Recep Tayyip Erdoğan, but any indication that a Turkish aircraft targeted civilians in Ethiopia’s 15-month-long war will intensify international pressure on the NATO country to stop arming Addis Ababa.

Drones are rapidly turning into the decisive weapon of the conflict and have helped Ethiopian government forces turn the tide against rebels from the Tigray People’s Liberation Front, which governed the country for nearly three decades before 2018. Military experts say Ethiopia is buying unmanned aerial vehicles not only from Turkey, but also from Iran, the United Arab Emirates and China.

Aid workers in the northern Tigray region provided POLITICO with photographs that show exploded shards of a laser-guided bomb used in a strike on the town of Dedebit late on the night of January 7. The attack hit a school holding internally displaced people, including children, according to aid workers and Tigrayan leaders. 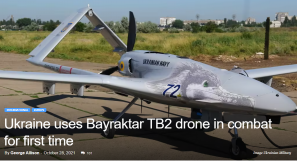 Studying those photographs, military experts from the Dutch nongovernmental organization PAX and Amnesty International identified the weapon used as a MAM-L bomb that is fitted to a Turkish Bayraktar TB2 drone. The photographs were taken on January 13 after the aid workers extracted the missile fragments from the debris. The Bayraktar drones are made by a company in which Erdoğan’s son-in-law is a senior executive.

A photograph taken by aid workers on January 13 after the extraction of missile fragments from the scene of a bombing in the town of Dedebit on January 7 that killed 58 people. The fragments have been placed on old notes.

Turkish diplomats posted to Ethiopia did not respond to repeated requests for comment. Questions on the use of the MAM-L munition put to Turkish government spokespeople in Ankara also went unanswered. Billene Seyoum, a spokeswoman for Ethiopian Prime Minister Abiy Ahmed, and Ethiopia’s military spokesman Colonel Getnet Adane did not reply to requests for comment sent by email and text message.

Ethiopia’s use of drones in its war with the Tigray region has killed more than 300 civilians, according to data compiled by aid workers in the Tigray region who requested anonymity due to the sensitive nature of the information. The U.N. reported a series of drone strikes as recently as January 15 in the Tigrayan towns of Maychew, Korem and Samre, reportedly killing 12 more civilians and injuring several others.

Unlike the Ethiopian government forces, the Tigrayan fighters do not have drones.

The attacks have drawn criticism from U.S. President Joe Biden and a warning from the United Nations that they may constitute a grave violation of international law.