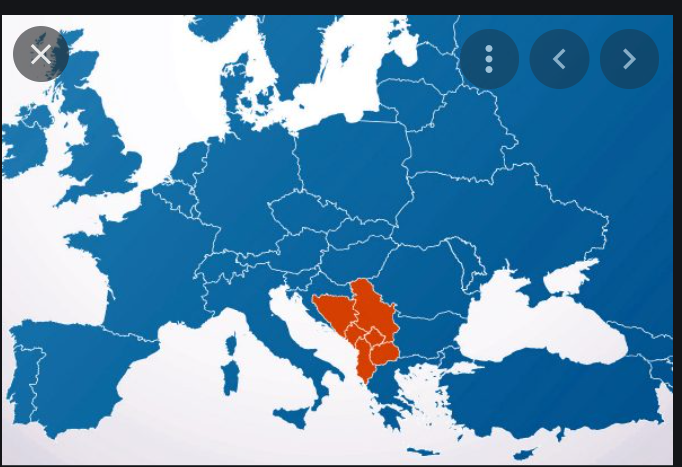 “EU funding mobilized for the Western Balkans’ green transformation could ultimately flow right into the coffers of Russia and China. The European Commission cannot ignore the geopolitical implications of its Green Agenda for the region” warns Allison Carragher of Carnegie International.

a recent Clingendael Institute event, Directorate-General for Climate Action (DG CLIMA) Policy Officer Stine Rasmussen stated she was “not very worried when it comes to China” as a threat to the European Commission’s Green Agenda for the Western Balkans. She should be.

Allison Carragher is a visiting scholar at Carnegie Europe, where she specializes in economic engagement in the Western Balkans and countries of the former Yugoslavia.

Given the concentration of both Chinese and Russian economic activity in energy, industry, and other pollution and energy-intensive sectors in the region, the Green Agenda directly threatens China and Russia’s interests. It is foolhardy to expect these countries to sit idly by as their investments and strategic priorities are undermined.

It is equally imprudent to simply urge Western Balkan governments to bolster their “political will,” which Rasmussen identified as the top challenge to the Green Agenda. This comment overlooks the fact that the political will of two global powers is likely to be channeled toward conflicting objectives.

To analyze how China and Russia’s objectives with respect to the planned green transformation might solidify, we need to examine their current interests.

In the Western Balkans, China equals coal. Today, coal provides some 70 percent of the region’s electricity. Given that these economies are between two and five times more energy-intensive than the EU average, the outcome is a region half the size of Germany producing more coal emissions than the entire European Union. As a result, all Western Balkan states minus Albania topped IQAir’s list for worst air quality in Europe—with Bosnia and Herzegovina (BiH) even making it into the global top ten. Coal is also the single biggest contributor to anthropogenic climate change.

Beyond coal, China has targeted other strategic sectors relevant to its Belt and Road Initiative, including mining, industry, and transport infrastructure. These sectors are also big polluters. Furthermore, Chinese projects have repeatedly been criticized for skipped environmental impact assessments and lax environmental standards.

Serbia’s Kostolac B coal plant provides a particularly egregious example. It unilaterally emits more sulfur dioxide than the Energy Community Treaty—which Serbia and other Western Balkan states have ratified—allocates to Serbia, Kosovo, BiH, and North Macedonia combined. Ironically, Kostolac B is also the only plant in the region recently fitted with desulfurization equipment—built by the China Machinery Engineering Corporation and financed by the Exim Bank of China.

Despite all evidence to the contrary, the Chinese Communist Party prefers to be viewed as a constructive global actor on climate issues. A strategic Chinese response to the Green Agenda could see a greening, or at least “greenwashing,” of Chinese projects and investments into strategic infrastructure.

Better still for China, absent an international procurement instrument or foreign subsidies instrument applied to all EU funds, its state-owned companies can compete for EU and domestically funded green contracts.

Russian investment is more subtle in most Western Balkans countries, but it is likewise environmentally damaging. In much of the region, Russian oil and gas are king. The Kremlin leverages these countries’ energy reliance to resist energy diversification and market liberalization. Inflexible long-term contracts and planned pipeline projects suggest this trend will continue.

Russian ownership and operation of oil refineries is also problematic. In BiH, where Russia controls the country’s only two refineries, promised investments in facility modernization have fallen short. The Bosanski Brod refinery pumped air pollution into Bosnia and neighboring Croatia for over a decade until the plant was finally shut down in 2019 for upgrades. Russian investment is also substantial in the mining, banking, and real estate sectors.

Russia is often content to play the spoiler, and in response to the Green Agenda should be expected to leverage its network in the banking and energy industries to do just that. Moscow’s stronger ties to kleptocrats and local officials may also facilitate Russian involvement in what is quickly becoming a regional trend of graft and corruption in renewable energy projects.

In sum, public and private funding mobilized by the EU for the Western Balkans’ green transformation could ultimately be transferred right into the pockets of Russian and Chinese state-owned enterprises.

Such an outcome may improve environmental conditions, but hardly satisfies the EU’s larger strategic imperatives for the region—including enlargement and securing its supply chains. As the strategy fundamentally aimed at slowing global warming turns up the heat on the West’s two main geopolitical rivals, the European Commission would be remiss to turn a blind eye to the geopolitical implications of its Green Agenda for the Western Balkans.