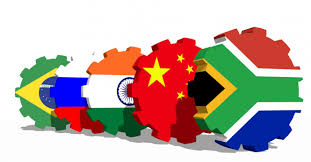 Leading emerging countries have burned through $240 billion in foreign exchange reserves over the past two months, Bank of America said on Monday, as central banks look to prop up their currencies and economies in the face of COVID-19.

The drain was likely to continue albeit at a slower pace, Bank of America added in a note citing reserves data for 31 states.

China, Hong Kong, Saudi Arabia, Brazil, and Turkey had all seen the biggest total drop in reserves, the bank said.

Turkey and Egypt had seen particularly large percentage declines, it added. Turkey and Romania also stood out as their official reserves did not fully cover short-term external debt over 12 months, the note said.

“The drain of [EM] reserves is likely to continue, though more slowly, during what looks to be a disappointing recovery in global and EM growth,” David Hauner at BofA wrote in the note.

“After an initial bounce in activity after the opening of lockdowns, several factors are likely to restrain the recovery: high debt, corporate defaults, inefficient labour markets, de-globalisation and China-U.S. tensions.”

The bank said that it was remarkable how little some other emerging market countries, including Russia, had spent of their reserves in percentage terms.

Instead, it added, they had built up credibility by allowing their currencies to adjust without much intervention, and had instead focused on cutting interest rates and in many cases buying government bonds.

Russia’s central bank governor Elvira Nabiullina said on Friday the bank will consider cutting its key rate by 100 basis points in June, opening the door for a bigger cut than the market had expected.

In Turkey, the central bank’s net foreign exchange reserves have fallen sharply to nearly $25bn from $40bn this year. Analysts say that is largely due to its funding of state bank interventions to stabilise the lira, which has nonetheless fallen 17% vs the dollar so far this year. However, many analysts and Turkish economist claim the Bank is inflating its reserve numbers by recording only one side of the swap transactions it undertakes with commercial banks. According to these sources, Turkey could be operating with negative net reserves of $10-20 billion.

Turkey’s state banks have sold at least $32 billion worth of hard currency so far this year to support the lira, already matching the value of their market interventions in all of last year, bankers’ calculations based on central bank data showed.

These interventions have sharply eroded an important financial buffer at the central bank, which has ramped up its swaps with state banks to fund their efforts to support the currency, the calculations show, reported Reuters on 29 April.