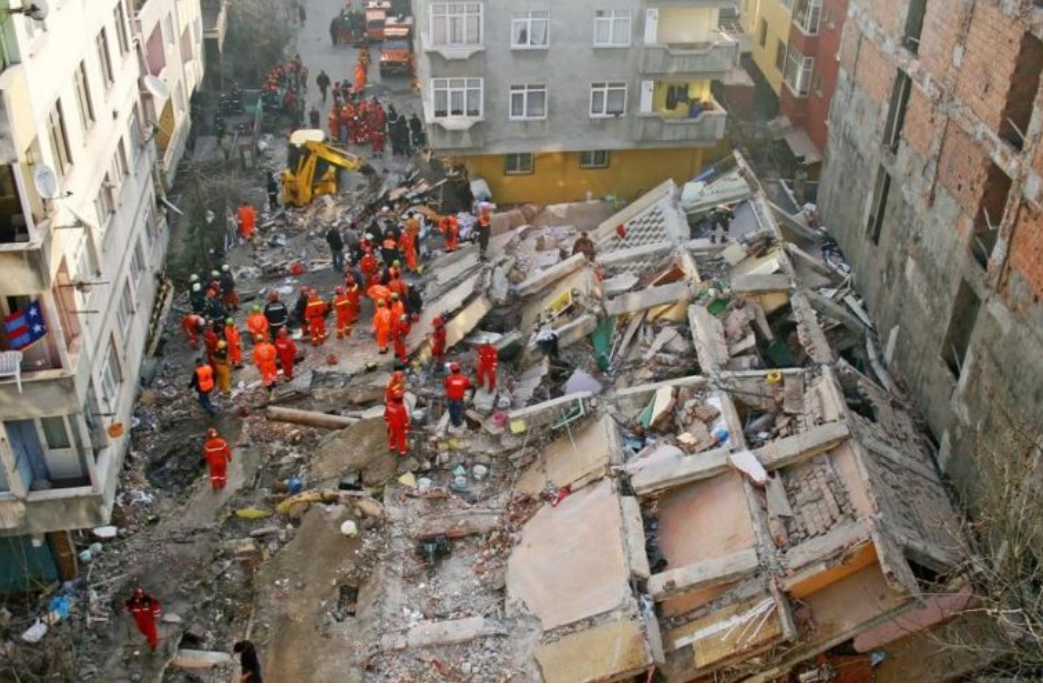 The shallow tremor struck about 170 kilometres (105 miles) east of Istanbul, the country’s largest city, where it was strongly felt.

National authorities said the quake was at a magnitude of 5.9 and its epicentre was in Düzce province’s Gölyaka district, though it also shook other nearby cities.

“We were woken up with a big noise and tremor,” Düzce resident Fatma Çolak told AFP.

“We got out of our homes in panic and now we are waiting outside,” she said.

At least 100 aftershocks had been recorded.

Initial images showed people covered in blankets outside their homes during the early morning.

Some were seen placing blankets on the floor outside and lighting fires for warmth.

Authorities said schools would be closed on Wednesday in Düzce and Sakarya provinces.

Soylu said that, apart from a few ruined barns, there were no reports of heavy damage or building collapses, but inspections were continuing.

National disaster agency AFAD said there were controlled blackouts in the Düzce region, urging residents not to panic.

Türkiye is in one of the world’s most active earthquake zones. Düzce was one of the regions hit by a 7.4-magnitude earthquake in 1999 – the worst to hit Türkiye in decades.

Experts have long warned a large quake could devastate Istanbul, which has allowed widespread building without safety precautions.

And in November that year, a magnitude-7.0 quake hit the Aegean Sea, killing 114 people and wounding more than 1,000.