In the context of tightening global financial conditions, a stagnating world economy and a stronger US dollar, we think emerging economies will struggle to catch up, especially those that were already lagging behind in the global post-pandemic recovery story. While headline inflation has peaked in low-income economies, where food and energy comprise a larger share in the consumption basket, it continues to rise in middle-income economies.

Overall, the exceptionally wide differential in headline in[1]flation rates between middle-income and high-income countries underlines how lower-income economies are disproportionately affected by the ongoing cost of living crisis. 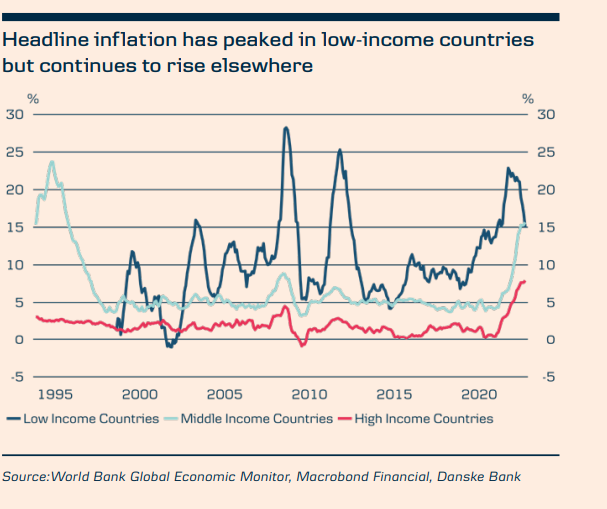 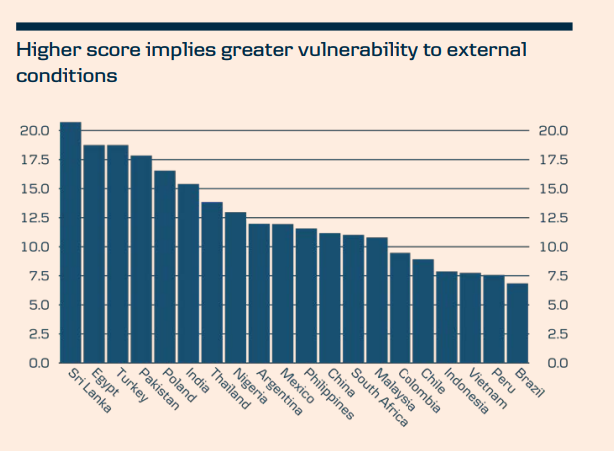 Since the onset of Russia’s war of aggression against Ukraine, at least 13 countries have resorted to the IMF and have received, or are set to receive, support for their balance of payments crises. According to the World Bank, nine emerging market (EM) economies are in acute debt distress and almost 30 countries face high risk of such. With a few exceptions, these are Sub-Saharan economies.

Yet, fiscal space is also very limited in G20 emerging economies, such as Brazil, India and South Africa, where budget deficits and debt levels remain elevated after the pandemic. Excluding the very low-income economies, the most exposed EM economies in our view currently include Turkey, Poland, India, Pakistan and Egypt1. In contrast, most Latin American countries, as well as Malaysia, Indonesia and Vietnam, despite each having some vulnerabilities, rank among the least exposed.

In the longer term, some EM economies are set to benefit from businesses and investors diversifying away from their exposure to China. The reshuffling of supply chains is likely to benefit economies with sufficient supply of affordable yet skilled labour and economies that foster an enabling business environment with limited political (and sanction) risk. In our view, some economies particularly in Eastern Europe and in Southeast Asia pose significant potential for alternative production locations.