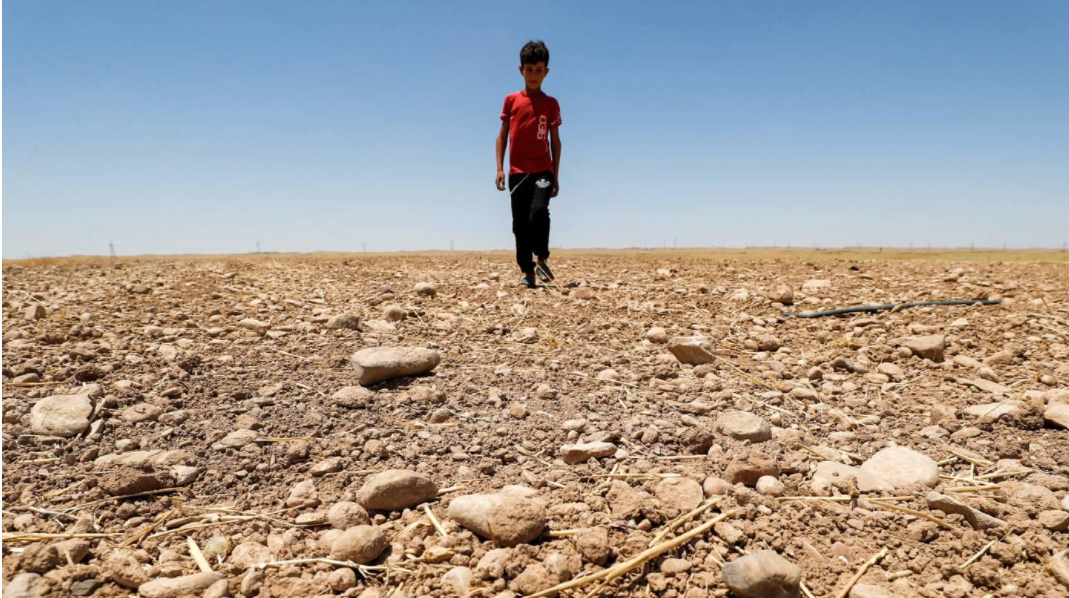 For many countries in the Middle East, the COP26 summit in Glasgow throws into stark relief the dichotomy at the heart of climate change: they are not chiefly responsible for the problem, but they will be badly affected by it.

Eighty percent of greenhouse gas emissions are produced by the nations of the G20, of which only two, Saudi Arabia and Turkey, are from the region. But the burning of fossil fuels that has led to this catastrophe has created the wealth and prosperity of some of the region’s most powerful players.

Extreme heat, drought, climate-driven migration and widespread disruption to agricultural practices that often go back centuries are already a feature of daily life in the region.

Climate change has helped fuel civil war and conflict across the Middle East, including in Syria, Libya and Yemen.

Moreover, those voices in favour of comprehensive action to cut fossil fuel emissions, such as environmental activists from the Global South, have been largely shut out of COP26 (while billionaires such as Amazon’s Jeff Bezos have flown in on private jets to grab the limelight).

Not surprisingly, there are real fears that the only thing to come out of the summit will be carefully orchestrated greenwashing and a return to business as usual.

In Glasgow, Lebanese Prime Minister Najib Mikati appeared more interested in recruiting allies in his country’s feud with Gulf states than in taking action on the climate, which affects his country in myriad ways, from toxic pollution to decimated wildlife and runaway wildfires.

For the petrostates in the Gulf, whose prosperity and power structures depend almost entirely on fossil fuel extraction, meaningful action on climate change is a challenge that might also look like a threat.

Only 20 companies are behind a third of all carbon emissions released between 1965 and 2017. Five of those are state-owned oil firms from the Middle East, with Saudi Aramco, which produced over four percent of total emissions on its own, the leading polluter. The other four are the National Iranian Company, Abu Dhabi National Oil Company, Kuwait Petroleum Corporation and the Iraq National Oil Company.

The oil-producing countries of the Middle East are also the world’s largest per capita carbon emitters, with Qatar, Kuwait, the UAE, Bahrain and Saudi Arabia crowding the top of the table.

With North African and Middle Eastern countries sending a wide range of representatives to Scotland, Middle East Eye takes a look at the leaders who came to the summit and what’s at stake for them.

President Recep Tayyip Erdogan cancelled his trip to COP26 because of limits placed on the size of the Turkish delegation, as well as on motorised vehicles, which raised security concerns.

Government technocrats are representing Turkey at the summit, though Istanbul’s mayor Ekrem Imamoglu, an opponent of Erdogan’s, is also in Glasgow. Turkey is the victim of wildfires, flash floods and plastic waste illegally exported from the UK and Germany and burnt at Turkish landfill sites.

Erdogan, who has regularly accused environmental activists of standing in the way of Turkey’s economic development, is widely seen as a climate sceptic and has opened up large tracts of the country’s wild land to resource extraction by the state and private companies.

At a G20 press conference in Rome on Sunday, the Turkish president said he was behind his government’s declaration to end carbon emissions, but hinted – and not for the first time – at hypocrisy in other parts of the world.

“The countries aren’t in an equal position in the climate change process, which is a global struggle,” Erdogan said. “As we have expressed before, the burden-sharing should be fair between the developing and developed countries.”

This means help for Ankara. Turkey will receive a financial package of $3.1bn – largely in credit and partly in grants – to support the green economy in energy, agriculture, transportation, construction and urbanisation, according to Environment Minister Murat Kurum.

Kurum said Turkey would use the package, which is financed by the World Bank, European Bank for Reconstruction and Development, France and Germany, in the next three years.

In the Financial Times op-ed, Iraqi President Barham Salih outlined exactly what is at stake for his country, arguing for tough goals to limit climate change and writing that the issue should be a national priority.

The UN Environment Programme says Iraq is the fifth most vulnerable country in the world to changes in the climate. Largely dependent on income from oil production and reeling from decades of war and conflict, Iraq will need a great deal of help if it is to revolutionise its economy and energy production.

Rising sea levels threaten the southern city of Basra, scorching temperatures are becoming the norm, 39 percent of the country’s territory is affected by desertification, and increased salination threatens 54 percent of Iraq’s agricultural land.

Dams on the headwaters and tributaries of the historic Tigris and Euphrates rivers – between which human civilisation began – have reduced water flow, leading to shortages.

Scheduled to address the conference, Salih abruptly cancelled his planned appearance, citing the security situation at home and the “political crisis linked to the recent parliamentary election”. Iraq’s foreign minister and health minister are representing the government instead.

Excerpt from MEE, link to full article is here