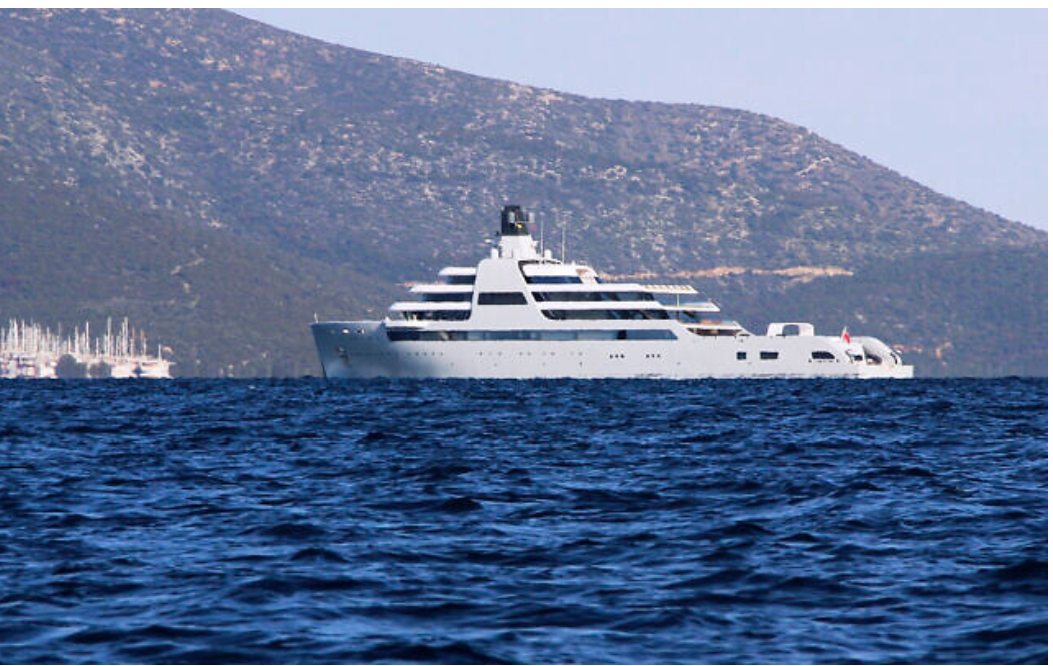 Turkish Foreign Minister Mevlut Cavusoglu said Saturday that he’d welcome sanctioned Russian oligarchs into his country as both tourists and investors, as long as any business dealings were kept within the realms of international law. His comments are certain to raise eyebrows among US-EU regulators given Turkey’s poor record of enforcing international sanctions.

Turkey has been in the spotlight this week with its coastal waters seeing the arrival of two multimillion-dollar superyachts, reportedly belonging to Russian oligarch Roman Abramovich — quite literally circumnavigating Western sanctions.

With each one worth an estimated $600 million or more, Abramovich is seen stationing $1.2 billion in the non-EU country as he seeks to move his assets out of reach of U.S., U.K. and EU governments targeting Russia’s wealthy elite. Turkey said it’s a legitimate move — so long as the yachts remain outside the territorial waters of sanctioning countries, which extend 12 nautical miles out from the coastline.

Speaking to CNBC’s Hadley Gamble at the Doha Forum, Qatar, Turkish Foreign Minister Mevlut Cavusoglu said that any activity had to be legal.

When pushed on whether this extended to investment and business, Cavusoglu replied: “So if you mean that these oligarchs can do any business in Turkey, then of course if it is legal and it is not against international law, I will consider,” he said.

“If it is against international law then that’s another story,” he added.

Turkey has strongly criticized Russia’s unprovoked invasion of Ukraine but opposes sanctions imposed by its NATO allies on principle. Given its diplomatic and economic ties to Russia, especially as regards Russian gas imports, and it’s at times volatile relationship with Western partners, that is unlikely to change anytime soon.

Turkey has positioned itself as a neutral and valued mediator in talks between Russia and Ukraine, with Dutch Prime Minister Mark Rutte recently praising the country for “doing everything that it can do.” That has made it a destination of choice for Russians looking to preserve their wealth and make investments in an increasingly inhospitable global market.

Cavusoglu was in attendance when the foreign ministers of Russia and Ukraine, Sergei Lavrov and Dmytro Kuleba, met in the Turkish resort town of Antalya earlier in March. Those discussions failed to produce any clear results.

Cavusoglu has also traveled to both Russia and Ukraine more recently for talks with both Lavrov and Kuleba, telling reporters that there had been “rapprochement in the positions of both sides on important subjects.”

Turkey has forged close ties with Russia over the years in areas like defense, energy and trade, and it also relies on tourism from the country. But Ankara has also sold drones to Kyiv which has angered Moscow.