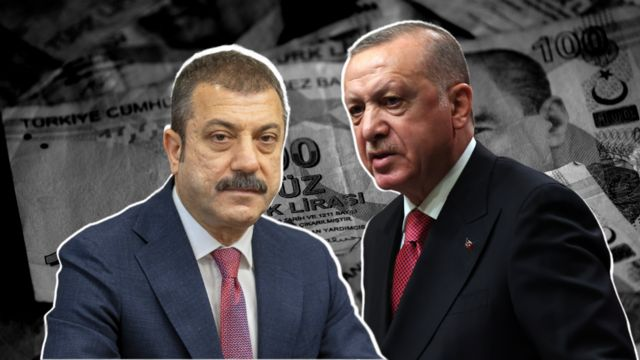 The Bank emphasizes that inflationary pressures created in major economies, especially at those that carry out their vaccinations faster to speed up their exit from the pandemic, continue to exert threats to price stability in Turkey.

As for domestic demand, it is noteworthy that the MPC underlines the “adequacy” of the macro-prudential measures imposed so far to trim domestic demand that has soared on last year’s monetary and fiscal support.  Such “adequacy” wording means that the MPC sees no reason for higher policy rates beyond the current 19%.

The bank continues to claim that Turkey’s monetary policy is “tight” which has a positive effect on the current account deficit.  The Bank reiterates that the current account balance will turn positive. It further assumes that this will have a positive effect on the value of TL; eventually on the pace of inflation.  From this sentence, it can be deduced that the Bank either expects no further TL depreciation in the coming period; perhaps it is possible to make the assumption that the MPC anticipates that the TL might gain value.

However, the MPC maintains its “cautious stance” as it has kept the policy rate unchanged referring to “volatility in inflation and high levels of inflation expectations in the summer months”.  What it refers to as volatility is in fact higher inflation.  What it defines as the “rise in expectations” is in fact the gap between the central bank’s end of 2021 CPI inflation estimate of 14.1% and the market’ anticipation of 16-18% showing the lack of trust in the central bank.

“Taking into account the high levels of inflation and inflation expectations, the current tight monetary policy stance will be maintained decisively until the significant fall in the Inflation Report’s forecast path is achieved (from around 18% to around 14% in the last two months of 2021),” the MPC note says avoiding a direct signal of a looser monetary policy.

If it was not for President Erdogan’s TV appearance last week where he said that inflation would fall after August and interest rates would start to fall; it could be possible to conclude from this MPC text that there was no rate cut in the horizon of 2021.  Because in reality there is no room for lowering interest rates with the current level of inflation and inflation dynamics.  However, the fact that July inflation was laundered at just under 19% by TURKSTAT as described in the press yesterday by an anonymous TURKSTAT official further spurred fears of a rate cut coming sooner than later.

These monetary policy dynamics will continue to keep the TL fragile. In the coming weeks, TURKSTAT inflation data will clarify the confusion in this direction; any annaul declines is to be accompanied by rate cuts presumably.  If the Fed starts to reduce its bond-buying program for monetary tightening over the same period, which will reflect negatively on all developing countries’ currencies, including TL, it means that “possible” reductions in annual CPI inflation will not be permanent. Hence rate cuts will add further vulnerability on TL.

Although the MPC text does not include a clear message that the door has been opened to an interest rate cut, it is possible to catch insinuations. Erdogan’s statements and the fate of recent central bank governors are enough to keep the immature rate cut anticipations alive.  This will make TL volatile and fragile.

MPC text is below.