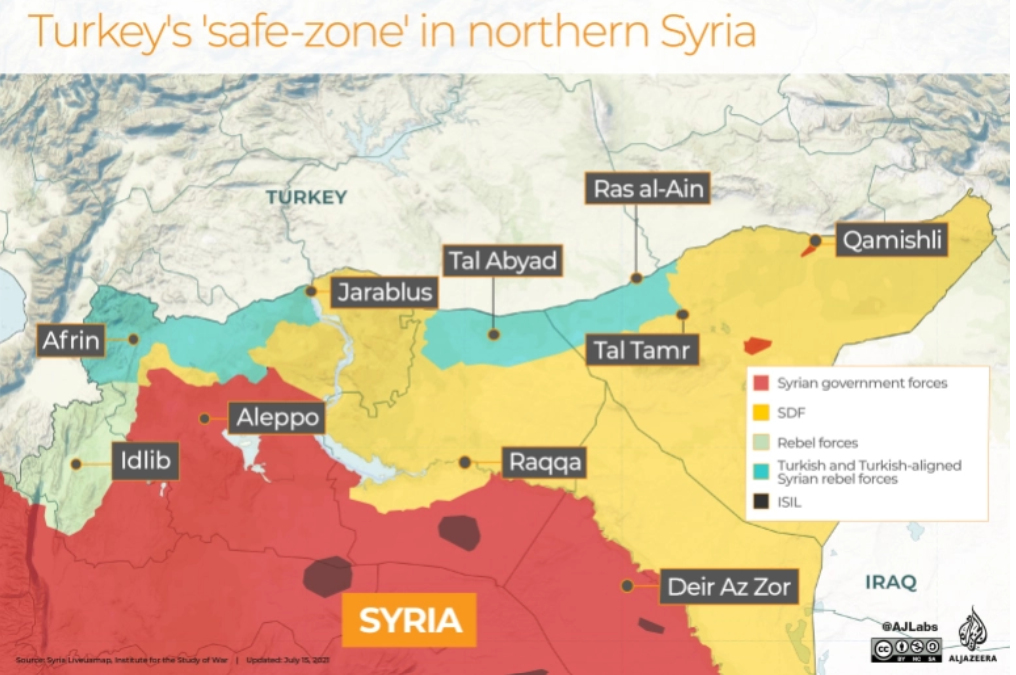 Reconciliation between the Syrian regime and the opposition groups is essential for ending the ongoing civil war in the country, Türkiye’s top diplomat has said, repeating Ankara’s calls on Damascus to genuinely endorse the international efforts for a political solution to the decade-old tragedy.

Foreign Minister Mevlüt Çavuşoğlu repeated that he briefly met with Syrian Foreign Minister Faisal Miktad on the sidelines of an international meeting in Belgrade in late 2021.

“I said that necessary steps must be taken in all the platforms, including the constitutional committee, for a lasting peace in Syria. I have also emphasized our strong support to Syria’s territorial integrity and its borders,” Çavuşoğlu said on a question about his conversation with the Syrian top diplomat at a press conference with visiting Latvian Foreign Minister Edgars Rikevics in Ankara on Aug. 16.

Çavuşoğlu informed the public opinion about his meeting with the Syrian foreign minister last week while calling on the Syrian regime and the opposition to reconcile for peace and stability. His remarks caused protests among the Syrian opposition groups in northern Syria.

Çavuşoğlu said his statements were distorted by some circles in Syria and Türkiye. “It was not the first time that I was saying this. This is the stance we have been voicing since the beginning of the civil war in Syria,” Çavuşoğlu stressed.

Recalling that unanimously approved resolution 2254 of the U.N. Security Council requires a transition period with the participation of the Syrian sides and writing a constitution with the involvement of all Syrian groups, Çavuşoğlu stressed that this resolution also emphasized the protection of the territorial integrity of Syria.

The Astana Process launched by Türkiye, Russia and Iran also included the Syrian regime and the opposition group and encouraged them to resume the works of the Constitutional Committee in Geneva, the Turkish top diplomat stressed.

“What is needed to realize all of these? The regime and the opposition should reconcile. Isn’t it so? That was what I said, nothing different,” Çavuşoğlu said.