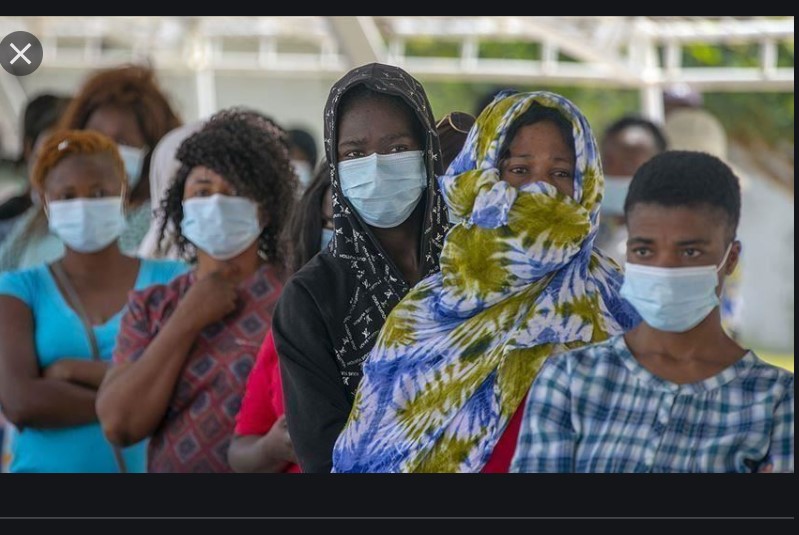 Doubts are rising about victory in the battel against Covid-19.  First, a new variant called the Delta could possibly overcome the immune response bolstered by vaccination.  Secondly, data from Developing Nations heralding swift declines in cases ought to be treated with a grain of salt. India, Russia, Iran and Turkey come to mind. Thirdly, while vaccination is progressing rapidly in most developed nations, a large minority is refusing to toe the  line for various reasons.

Yet, the primary concern are parts of Asia, Latin Amerika and Africa, where inadequate vaccination and testing is granting the sneaky bug ample time to mutate freely.  According to BBC, Africa may be on the verge of a third Covid-19 wave.

The World Health Organization has expressed concern over the resurgence of Covid-19 infections in many African countries.

The world health body says health systems are seriously unprepared for an increase in cases.

Cases are on an upward trend in 14 countries and in the past week, new cases rose by more than 30% in eight countries.

South Africa is reporting a sustained increase in cases, with Gauteng province leading with infections.

The WHO says the arrival of cooler winter weather in southern Africa has increased the risk of infection.

Uganda is of particular concern, recording a 131% week-on-week rise in cases, with isolation centres and intensive care units under strain. Infection clusters have been reported in schools, and there have been rising cases among health workers.

Angola and Namibia are also experiencing a resurgence in cases.

In DR Congo, the government has confirmed the country is experiencing a surge in cases with the capital Kinshasa the worst hit.

“The threat of a third wave in Africa is real and rising,” says Matshidiso Moeti, WHO Regional Director for Africa.

“It’s crucial that we swiftly get vaccines into the arms of Africans at high risk of falling seriously ill and dying of COVID-19,” he says.

Experts believe the spread of new coronavirus variants that are more transmissible has contributed to an increase in both cases and deaths across the continent.

But there is concern that new variants can’t easily be tracked because the testing required to identify them isn’t widely available.

This variant has also been recorded in more than 20 other African countries.

It’s highly likely to have reached other countries, but few are able to carry out the specialised genomic sequencing to detect coronavirus variants.

In Nigeria, scientists have also identified a new variant of the virus, although there is currently no evidence to indicate it is contributing to increased transmission.

Twenty-nine countries have also reported the presence of a Covid-19 variant first identified in the UK, now named the Alpha variant.

The number of Covid-related deaths declined by 3% in the past month, according to Africa CDC data.

However, there were significant increases in Nigeria (63%) and South Africa (25%).

The Africa Centres for Disease Control (CDC) has warned about rising fatality rates across the continent, saying that of the 55 countries they monitor, 21 are reporting death rates above the global average of 2.2%.

A study published in The Lancet suggests hospital patients who are critically ill with Covid-19 in Africa are far more likely to die than in other parts of the world because of limited healthcare resources.

Researchers, who looked at patients in hospitals across 10 African countries, found that nearly half of those who needed intensive care died, whereas the global average was less than a third.

The global fatality rate has fallen since the start of the pandemic, which in itself would put more African countries above the global average.

And fatality rates are also affected by how much testing is done – a country with low levels of testing will show a higher death rate because many non-fatal Covid cases are going undetected.

More importantly, data for deaths should be treated with caution, given the wide variations in how countries record them.

In South Africa, research into excess deaths – that’s the number of deaths in a certain period above what would normally be expected – shows that there were 163,946 more deaths between 6 May last year and 29 May this year.

The official death toll from Covid-19 since the start of the pandemic is just above 56,000.

And South Africa was just one of eight countries on the continent that the BBC found had adequate death registration systems.

So coronavirus deaths across Africa as a whole are likely to be under-recorded.

There are wide variations in testing rates and while some countries have reduced testing, others have maintained or even increased it at different points during the pandemic.