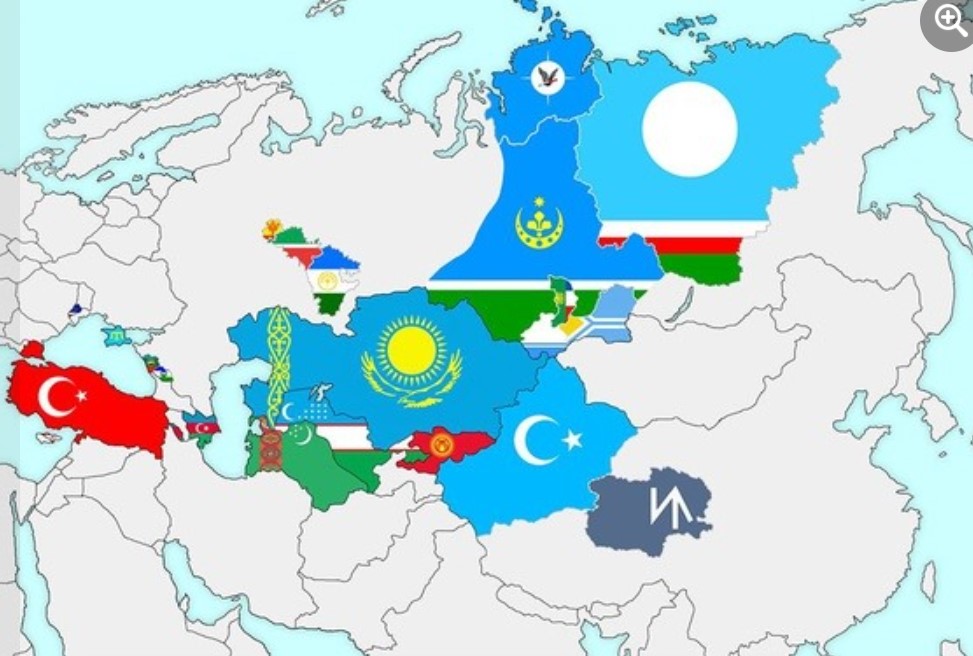 When a geopolitical vacuum emerges, regional and global powers alike jockey to carve out new roles for themselves. In recent years, developments in the Caucasus and Central Asia — such as the Armenia-Azerbaijan war over Nagorno-Karabakh, turmoil in Afghanistan and the unrest in Kazakhstan — have deepened the major power rivalry in the region. This is likely to have implications not only for intrastate balances, but also for those states, such as Turkey, which have stakes in Central Asia.

Considered to be one of the most stable of the ex-Soviet republics of Central Asia, energy-rich Kazakhstan has recently faced unprecedented turmoil, with days of protests triggered by rising fuel prices. The country’s president asked the Moscow-based Collective Security Treaty Organization, which includes Russia, Kazakhstan, Armenia, Kyrgyzstan, Tajikistan and Belarus, for help with putting down the protests.

Ankara, which adopted a careful and neutral stance on Russian and CSTO involvement, said it supports Kazakhstan’s peace and stability, reiterating that it will stand with the country under all circumstances. Foreign Minister Mevlut Cavusoglu stressed that the Organization of Turkic States, which includes Turkey, Kazakhstan, Azerbaijan, Uzbekistan and Kyrgyzstan, as well as Turkmenistan and Hungary as partners, will provide all kinds of support to establish peace and stability in the Central Asian country as soon as possible. The OTS foreign ministers held an extraordinary meeting on Tuesday to evaluate the developments in Kazakhstan.

Turkish President Recep Tayyip Erdogan currently holds the rotating presidency of the OTS. Last November, when the leaders of six Turkic states met in Istanbul for a summit, Erdogan inaugurated the organization’s new secretariat general building in the city and changed the group’s name from the Turkic Council to the OTS. The leaders also adopted a strategy document titled “Turkic World Vision 2040.” The Turkey-led bloc vies for influence with Russia and China in the region, aiming to further consolidate cooperation against common concerns.

It is important to consider the roles of Russia and China to find out the extent of Turkey’s policy toward Central Asian geopolitics in general and Kazakhstan in particular.

In 2009, Turkey and Kazakhstan signed a strategic partnership agreement that resulted in Ankara becoming one of Nur-Sultan’s most significant political and economic partners. In recent years, bilateral ties have developed across many aspects, such as trade, investment culture and military issues. Kazakhstan also played a crucial role in hosting the Syria peace talks known as the Astana Process, as it offered Turkey, Russia and Iran an alternative avenue to broker peace.

Ankara is using a variety of tools to increase its sphere of influence in Central Asia, with the idea of creating a bloc of Turkic republics acting jointly and enhancing trade-investment links. Turkey’s pragmatic and constructive approach to the region gives it opportunities to strengthen its position, but at the same time it might face opposition from competitors to its growing political and economic presence.

To preserve its stakes, Turkey needs to walk a thin line between Russia and China, two major actors that play consequential roles in Central Asia. Ankara has growing trade relations with Beijing, energy dependence with Russia and also security cooperation in Syria with both these states. It wants to improve its political and economic relations with Central Asian countries through OTS without harming its ties with either Moscow or Beijing.

Cavusoglu’s visit to China this week was read by several analysts as an attempt to balance the Russian role in the region, while also reassuring Beijing that Ankara does not have a contradictory agenda in Central Asia that could harm Chinese interests. Turkey’s more aspirational Central Asia policy coincides with rising Chinese influence in the region through its Belt and Road Initiative.

China aims to establish cordial relations with five states in the Central Asian region and Kazakhstan enjoys a particular status as the most important partner. Kazakhstan is considered as a pre-eminent power in Central Asia not only because it shares a border with China, but also thanks to its enormous energy resources. Nur-Sultan plays a decisive role in the region’s political and economic structures.

However, it would not be realistic to think about Kazakhstan and Central Asia as a whole without considering Russia’s role. For Moscow, which is the strongest state in the post-Soviet space in military and political terms, the region constitutes its soft underbelly and Kazakhstan is regarded as the most reliable partner in Russia’s “near abroad,” a term used for the former republics of the USSR.

The deepening rivalry between major powers in Central Asia is likely to influence the “pivot power” of Turkey’s policies in the region. In fact, Turkey’s close historical and linguistic ties with the Central Asian states could actually be favorable for Moscow, potentially offering it another partner to help curtail Chinese influence. However, Beijing follows a silent but salient policy in Central Asia and this might hamper Russian power in the area. Thus, Ankara could increasingly rely on a balance-of-power strategy between Russia and China in this region, which holds a special place in Turkish foreign policy.

Sinem Cengiz is a Turkish political analyst who specializes in Turkey’s relations with the Middle East. Twitter: @SinemCngz

This is only an excerpt