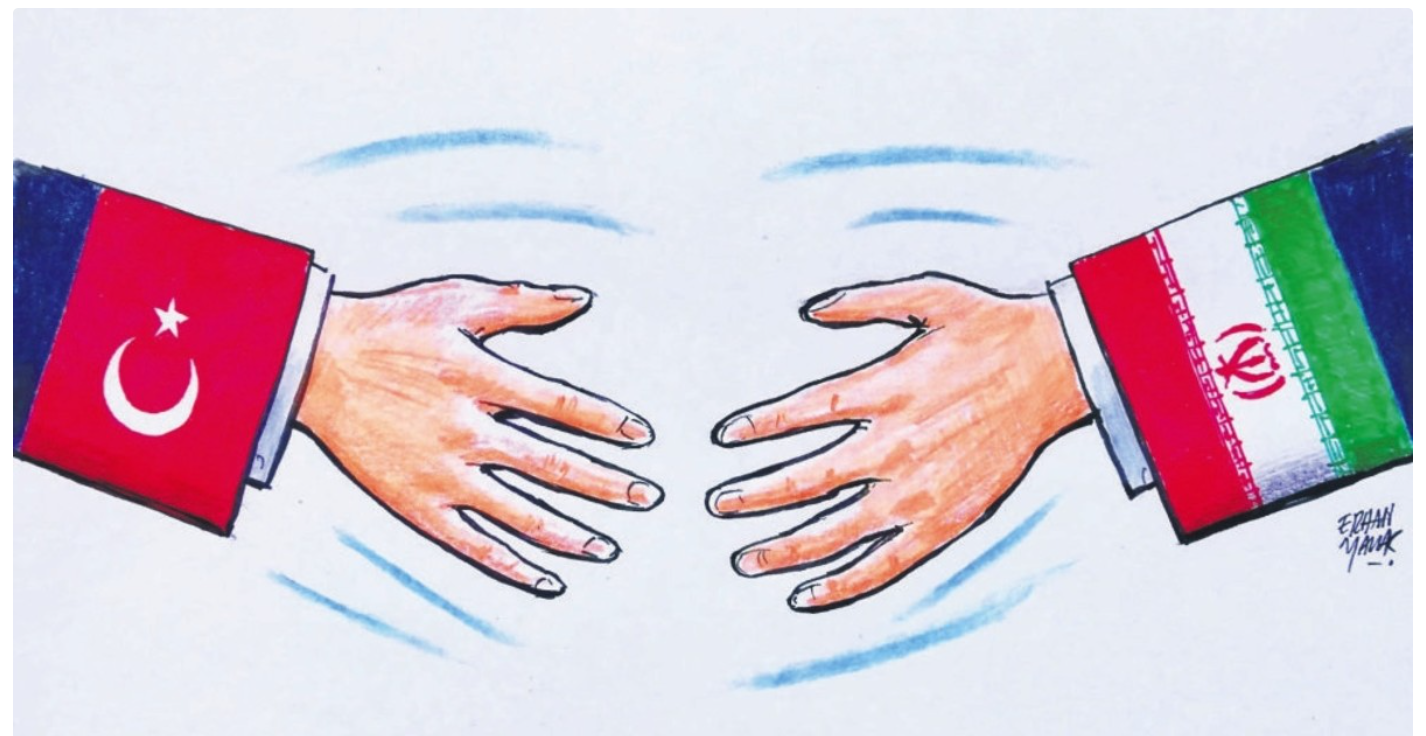 The withdrawal of tens of thousands of Russian troops from Syria to bolster its forces in Ukraine may mark a turning point in the Syrian conflict, and lead to a race between Tehran and Ankara to fill the void left by Moscow in the country, leading analysts suggest.

Abandoned Russian bases are believed to have been transferred to Iranian paramilitary Revolutionary Guards Corps and Hezbollah, while Tehran is expected to send more troops into Syria to fill the gap left by Ukraine-bound Russian military personnel.

In early April, Luna Chebel, a top adviser to Syrian President Bashar Assad, told the BBC that assistance and expertise from Iranian forces are welcome, hinting at the possibility of Iran having greater sway in Syria.

Iran is believed to have created a new militia, similar to its elite forces, to assume the tasks previously handled by Russian troops. The new force, under the control of Hezbollah and the IRGC, is stockpiling drones, chemical weapons and ballistic missiles.

Ankara and Tehran back rival sides in the Syrian conflict, with Iran supporting the Assad regime, while Turkey backs the Syrian opposition.

Russia’s maritime supply of its forces in Syria has been complicated in recent months by Ankara’s decision under the Montreux Convention to restrict the use of Turkish straits by Russian warships based in the Black Sea.

However, Mehmet Emin Cengiz, research fellow at Al-Sharq Strategic Research, believes Russia is unlikely to give up its presence in Syria.

“Russia has invested a lot in Syria over the years, and there has been a long-standing rivalry between Russia and Iran for influence in Syria. Even if Russia relocates some of its soldiers or withdraws them from Syria, it will not leave the field entirely to Iran,” he told Arab News.

Cengiz believes that with the Ukraine crisis allowing Iran to fill some of the gaps left by Russia in Syria, it is likely that the conflict will increase the regime’s dependence on Iran.

“After the Ukraine crisis, contacts between Syrian and Iranian officials increased. Recently, Bashar Assad paid a visit to Tehran. He might receive economic assistance from Tehran in the face of a deep economic crisis in Syria,” Cengiz said.

According to Aron Lund, a fellow at the New York-based Century Foundation think tank, the Ukraine war has upset the balance between Turkey and Russia in Turkey’s favor, which could be consequential for Syria.

“It could end up destabilizing a long-frozen situation, but it won’t necessarily lead to renewed conflict,” he told Arab News.

“Even under pressure in Ukraine, Russia may be able to deter advances by Turkey-backed forces in Syria, and Turkey may still want Russia’s cooperation to secure its own interests,” he added.

Lund believes that both countries could trade concessions and favors in ways that avoid trading territory, or waging war, in Idlib.

“For example, Russia could agree to be more flexible on humanitarian issues, including an upcoming vote in the UN Security Council in July that Turkey really wants to pass. Or Russia could lend support to Turkish cross-border operations against Kurdish forces, which it has previously been reluctant to do,” he said.

“But renewed fighting in Idlib remains a live risk, either because of a breakdown in the balance or as a way to test the strength and determination of the other side,” he said.

Noah Ringler, an expert from Georgetown University, believes that although Turkey and Iran have cooperated in the past against PKK-affiliated groups against a shared threat, this time Iran may recognize the Kurdish Democratic Union Party, a Syrian affiliate of the militant Kurdistan Workers’ Party, as a different faction and be open to assuming Russia’s role in negotiation and coordinating between the Assad regime and administrative authorities in northeastern Syria.

“As Iran expands its role in Syria, Turkey will likely seek opportunities to confront Assad regime forces and their partners for expanded territory or trade near Manbij or Tal Rifaat, or even near Ayn Issa, especially as Turkish President Recep Tayyip Erdogan’s previous operations have proven popular and as public support for forced refugee return to Syria has increased,” he told Arab News.

“Assad’s forces still seek to launch another phase of the Idlib operation, and Iran may consider supporting one in the future to destabilize NATO’s southern flank, depending on nuclear negotiations and other factors, but Iran is not prepared to do so at this point,” Ringler said.

However, the current disagreements between Turkey and Iran are not limited to Syria, with disputes over transboundary waters and dam construction further straining bilateral ties.

Turkey’s dam projects on the Tigris and Aras rivers angered Tehran, which fears the schemes could reduce water flow in the Tigris and Euphrates, and pose an environmental threat as shown by recent dust storms.

However Turkey’s Foreign Ministry has said that Ankara is open to any “rational and scientific cooperation” with Iran.

The illegal transit of Afghan refugees to Turkey from its border with Iran has also angered Ankara, which claims that Tehran facilitated the uncontrolled passage.

“Relations between Iran and Turkey have become increasingly strained on a number of files: Dam construction; Ankara’s warming relations with Israel; tensions with Iran-backed militias in Iraq; and now Russia’s shifting of resources from Syria to Ukraine will add further complications,” said Jason Brodsky, policy director of United Against a Nuclear Iran.

A new Pentagon report claimed that Iran-backed militias have been coordinating with the PKK for attacking Turkish troops in northern Iraq.

“All of these developments have the potential to shift the balance in Syria given the crowded landscape there. In 2020, Iran’s advisory center in northern Syria issued a warning to Turkish forces that they could be targeted after they retaliated following 33 Turkish soldiers being killed in a Syrian airstrike in Idlib,” Brodsky told Arab News.

As Russia in the past has tried to reduce tensions between Turkey and the Syrian government in the area, Brodsky believes that Moscow’s troop withdrawal could empower the Assad regime as well as Iran in Idlib.

“This is not to say Russia will be completely absent, but if it is shifting resources to contend with Ukraine, that has the potential to scramble the battlefield dynamics in Idlib,” he added.