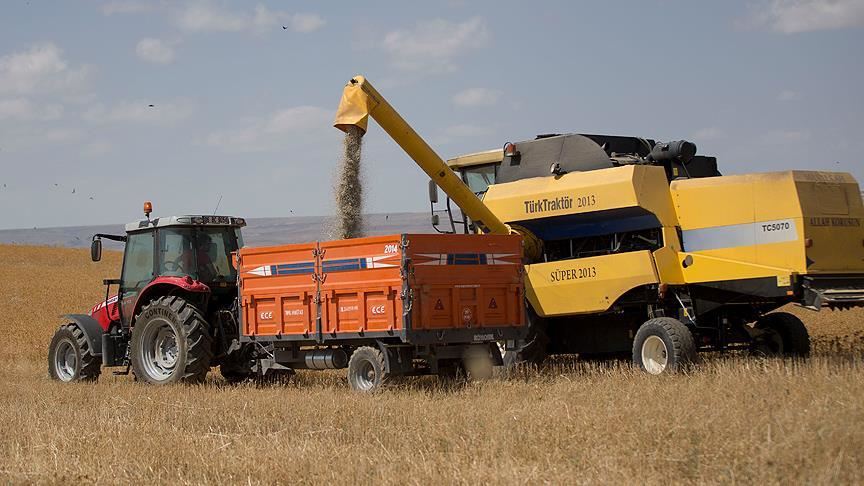 Turkey should become a “smart-agriculture” country to overcome its agricultural issues, raise incomes and ensure food security for the future, according to the head of the Turkish Guild of Agricultural Journalists (TAGYAD).

According to the UN Food and Agriculture Organization, smart-agriculture is a concept that refers to the use of modern technologies in agriculture to raise quantity and quality of products, Ismail Ugural, a member of the executive committee of the International Federation of Agricultural Journalists (IFAJ), told Anadolu Agency.

Farmers can use GPS systems, scan soil, manage data, and benefit from the Internet of Things to adapt to better strategies and increase effectiveness in the use of pesticides or fertilizers, he said.

“Only two countries in the world could become smart-agriculture countries due to its policies and planning: the Netherlands and New Zealand.

“Why shouldn’t Turkey become the third country? We should definitely discuss this,” he added.

The Turkish agricultural sector has recently gained ground despite all its structural problems, and it continues to do so, he said.

While the country’s most valuable agricultural product was wheat in the past, now it is milk, he said, adding: “I do not underestimate our very strategic and important products such as wheat — the whole world gives importance to added-value products.”

Measures during the coronavirus pandemic have been sufficient, there were also some problems but “when I look at the whole picture, I cannot see any big mistakes,” he said.

Ugural stressed that Turkey’s has strengths in food security, increasing efficiency of the food industry, as well as production capacity with new technologies.

“The Turkish food industry, which raises the country’s export performance, ensures the food security with its sufficient raw material advantage and rapid modernization,” he said, and added: “The main advantage of Turkey though is its major agricultural production power.”

But he also warned that there is a serious amount of unrecorded agricultural activities, which is a problem for food security.

Turkey should discuss the issue of agricultural economy, avoiding political issues in this area, he said.

The country exports 1,827 different agricultural products to 193 countries, which is an important development.

“Turkey is a self-sufficient country in agriculture and food.

“But, the total export amount of agricultural exports worth $18 billion is still below the potential. Turkey cannot continue with these figures. It should set new and realistic targets,” Ugural noted.

It should give importance to agriculture and food exports and focus on research and development activities to ensure technology-based agriculture.

“Turkish agriculture is currently dependent on millions of small farmer families, so the strategy should be to develop and implement macro agricultural policies rather than supporting small farmers individually,” he added.