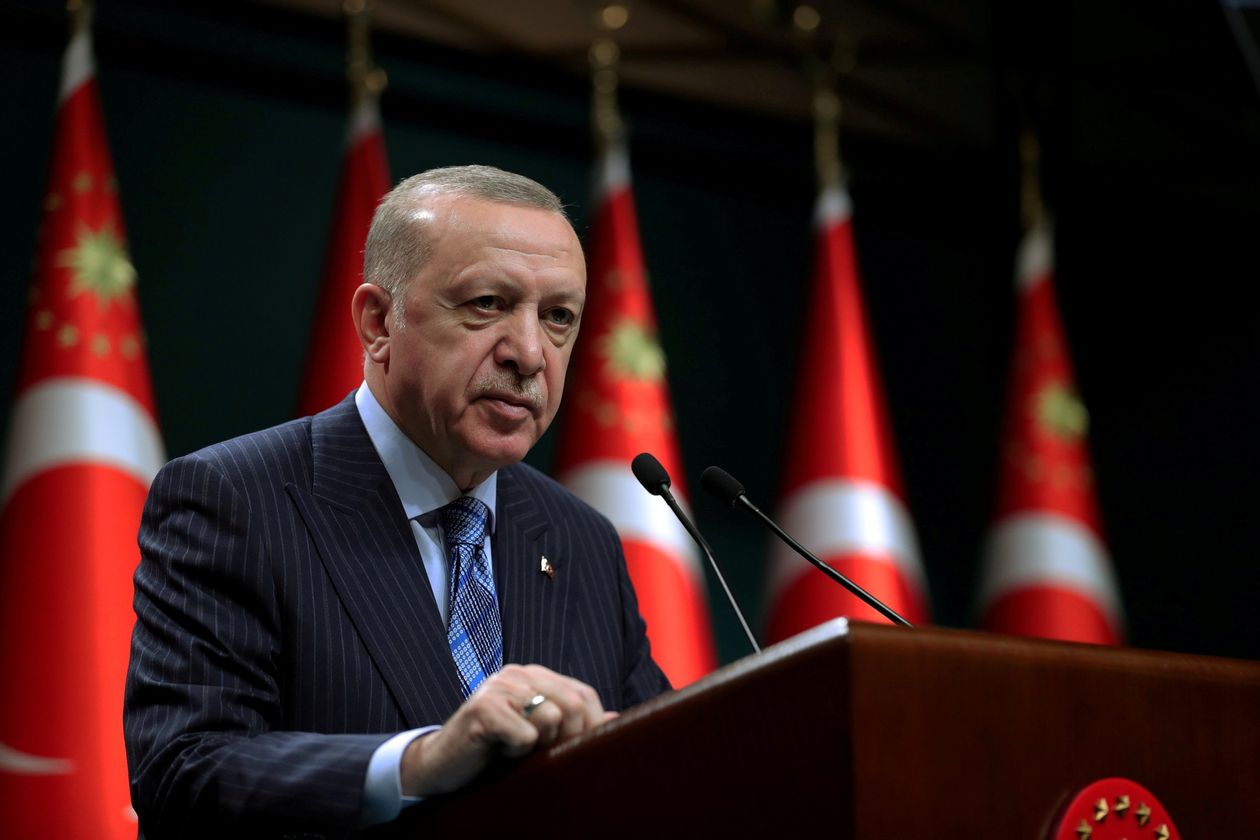 Turkey is one of America’s most important allies, but it presents more challenges to the U.S. than any other member of NATO. The secular, Westernizing, staunchly anti-Soviet Turkey of the Cold War years is now led by a populist Islamist. President Recep Tayyip Erdogan, recently rebuked by the Biden administration for anti-Semitic remarks, engages in military interventions from Libya and Syria to Azerbaijan, appears to be drifting from many democratic and European values, and buys weapons from Russia in defiance of American sanctions. As President Biden prepares for a bilateral meeting with Mr. Erdogan later this month, he needs to develop a new way of thinking about this important relationship.

The Turks aren’t happy, either. I found that out in a series of meetings with senior Turkish officials. It isn’t only American sanctions over Turkey’s purchase of the S-400 antiaircraft system from Russia, or the U.S. decision to call 1915 attacks on Ottoman Armenians a genocide. Turks bitterly resent U.S. support for the Syrian Kurdish forces that broke the back of ISIS while building a semi-independent Kurdish zone in northeastern and north-central Syria. Turks regard the Syrian Kurds as allies of the terrorist PKK organization, which is responsible for thousands of deaths inside Turkey over the years. Some nationalists and Islamists close to Turkey’s president even believe that the U.S. might have supported—or at least sympathized with—the attempted coup that shook Mr. Erdogan’s government in 2016 and left 251 Turks dead.

Turks and Americans alike can produce long lists of grievances, but the real challenges to the alliance are structural. Turkey and its neighborhood have changed in ways that make U.S.-Turkish relations both more important and more complex, but Washington has yet to develop a vision for how a new partnership can work.

The region around Turkey has changed radically since the Cold War. Russia, despite Vladimir Putin’s best efforts, remains a much weaker power than the old Soviet Union. While Ankara still worries about Moscow’s ambitions, Russia’s decline means that Turkey feels less pressure from the ancient enemy to the north—and has less need to stick closely to America.

But Russia is not the only declining regional power changing Ankara’s calculations. Iran is reeling under economic sanctions. The Arab world is in free fall. Libya, Iraq and Syria are weak and war torn. Egypt no longer looks like a serious regional power. Add to this the drumbeat from Washington that the U.S. is reducing its Middle East presence, and one can see why Turkey is both tempted and threatened by the power vacuums opening up to its east and south.

Meanwhile, Ankara’s relationship with Europe has changed. Turkey’s door to European Union membership has been nailed shut. The Turks think Brussels will be permanently biased against Turkey, given Greek and Cypriot membership in the EU. Yet the EU has failed to develop into an effective regional actor and seems vulnerable to Turkish pressure on issues like refugees.

Ankara’s new world is no bed of roses. Russia remains a powerful presence that Turkey cannot dismiss. The Syrian civil war has been a disaster for Turkey, hurting its economy and bringing millions of desperate refugees across its borders. The EU is too weak and too divided to act effectively in the region, but Mr. Erdogan’s populist economic instincts have left his country vulnerable to foreign economic pressure and Turkey cannot afford to take on the European bloc.

Despite their current estrangement, America and Turkey have common interests. Both countries would like to see peace and order in Libya, Syria and Iraq. Both would like Iran’s influence curbed. Both would like to limit Russian power in the Middle East, the Black Sea and the Caucasus. And across the vast expanse of Central Asia, both Ankara and Washington would like to see countries like Uzbekistan, Kazakhstan and Kyrgyzstan resist Russian and Chinese attempts to fold them into revived imperial systems.

Whatever happens to Mr. Erdogan and the Islamist movement he leads, Turkey will continue to become more modern and, let us hope, more democratic. But it will not necessarily become more Western. Ankara’s foreign policy will continue to become more independent and less predictable. If Washington expects Turkey to behave like the Netherlands, Norway or Spain, the relationship will frustrate both parties. But if the White House can start to think about Turkey the way it thinks about partners like Vietnam and India, policy makers will be able both to appreciate Ankara’s real geopolitical value and to manage more deftly the tensions that will inevitably appear.

Mr. Biden’s job in his meeting with Mr. Erdogan isn’t to rescue the old U.S.-Turkish alliance, but to lay the foundation for a new one.