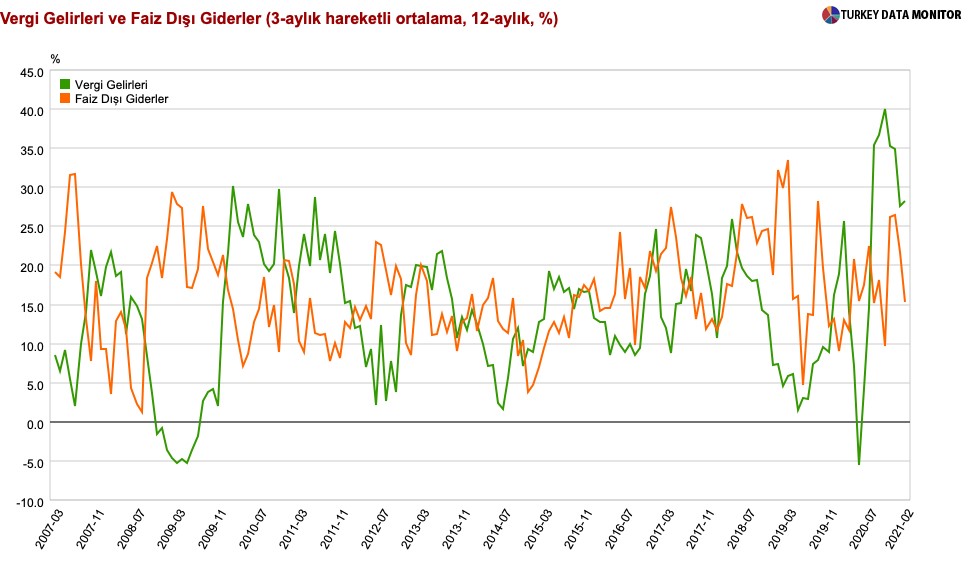 In February, Budget gave a surplus of TL23.2bn. Albeit there was no consensus available for the data, the Treasury’s cash balance, a leading indicator for the data, posted a deficit of TL3.5bn in February, decreasing by TL5.3bn compared to the same period in the previous year.

There are still important difficulties on the budget outlook. According to the 2021-2023 Medium Term Program, annual budget deficit target is at TL245bn which refers to -4.3% of budget-to-GDP ratio. On the other hand, President Erdogan announced that the budget-to-GDP ratio target revised as -3.5%. Additionally, President Erdogan announced some measurements on public finance within the context of economic reforms. Accordingly, the government will mainly borrow in local currency and use Turkish lira-denominated bills, saving measures on the expenditures side to be provided and, tax breaks for small business owners.

Ongoing spending needs in the economy prevails simultaneously with the tight monetary policy necessities. This condition could continue to put a negative pressure on the budget outlook. We should also note that despite the recent strong course in the economic activity supported the tax revenues, the sustainability of this trend is uncertain due to the pandemic. Our year-end budget-to-GDO ratio estimate for 2021 at 4.3%.