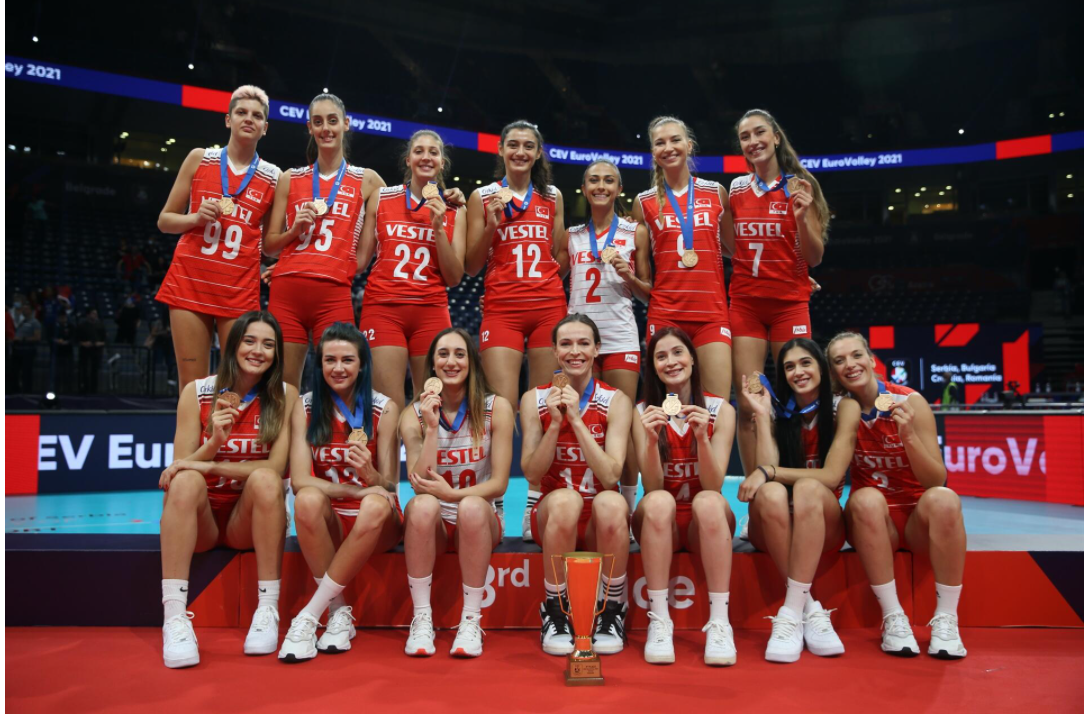 Turkey defeated the Netherlands in straight sets on Sept. 4 in a bronze-medal game of the CEV Women’s EuroVolley.

Turkish President Recep Tayyip Erdoğan and Vice President Fuat Oktay congratulated the team, known as the, Sultans of the net, for their victory.

“On behalf of all of Turkey, I would like to express my gratitude to the Sultans of the Net, who did not stop fighting until the last moment,” Erdoğan said on Twitter.

Speaking to Anadolu Agency after the game, Turkish player Ebrar Karakurt said they were very proud of their win.

Hami Aksoy, who is Turkey’s ambassador to Serbia, said the team brought their country great happiness, adding that the Sultans deserved their medal.

The national team had also participated in the Tokyo Olympics, losing a heartbreaker match in quarter finals, thus dashing its medal hopes.

Its member Ebrar Karakurt had been the subject of homophobic slurs, after the posted her picture with a female friend in social media.