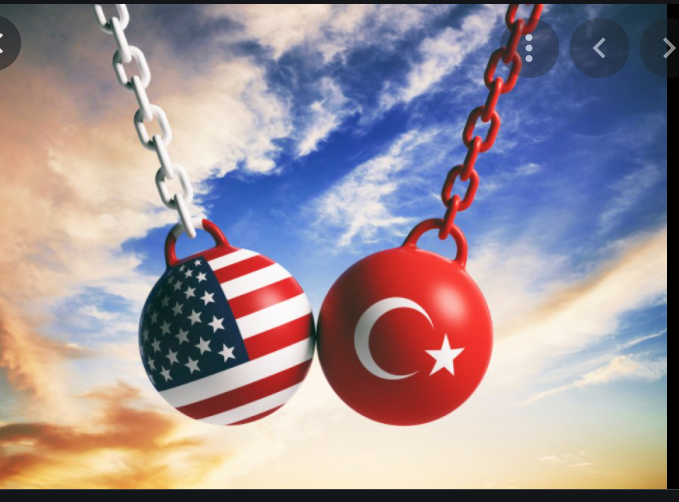 Earlier this month Turkey made a request to the United States to buy 40 Lockheed Martin-made F-16 fighter jets and nearly 80 modernization kits for its existing warplanes.

It is not clear how the Biden administration will respond to the offer, at a time when Turkey is visibly shifting towards Russia and China, as well as resisting Greek encroachment to her  presumed maritime borders, which angers EU and US.   News by Erdogan that State Department offered a discount on F-16 order to defray Turkey for the confiscated F-35 jets    is not confirmed.

Ankara is doubling the ante, by considering the  purchase of  Russian-made Su-35 and Su-57 fighter jets should it fail to reach agreement with United States on the delivery of  F-16 fighter jets.

İlhan Tanir of Ahval News claims Turkey is already committed to the purchase of a second batch of Russian made S-400 anti-missile defense systems, which is certain to draw more CAATSA sanctions from the US Congress.

The United States on Monday did not confirm Turkish President Tayyip Erdogan’s comment that Washington had made an offer to Ankara for the sale of F-16 fighter jets but added that it has not made Turkey a financing offer for the warplanes.

Erdogan said on Sunday that the United States had proposed the sale of F-16 fighter jets to Turkey in return for its investment in the F-35 program, from which Ankara was removed after buying missile defense systems from Russia.

Previously Ankara had also ordered more than 100 F-35 jets, made by Lockheed Martin Corp (LMT.N), but the United States removed Turkey from the program in 2019 after it acquired Russian S-400 missile defense systems.

Erdogan said Washington had made the F-16 proposal in return for Turkey’s payment of $1.4 billion that it made for the F-35 joint fighter program.

The head of Turkey’s Defense Industries President Mr İsmail Demir told Turkey’s NTV network on Monday that Turkey would “not be left without alternatives’’ if Washington failed to approve a deal on the F-16s following the situation over the F-35s.

“The issue of Su-35 and Su-57 planes may surface again at any time,” Demir said, referring to Ankara’s previous interest in the aircrafts.

Turkey has paid $1.4 billion for the development and production of fifth generation F-35 fighter jets over the years, but Ankara was ejected from the program in 2019 following its purchase of the Russian S-400s.

Rejection of her  F-16 order by US would grant Turkey a legitimate reason to buy Russian military hardware, but it is hard to see US Congress forgiving such an act. On the other hand, if the Biden administration counsels the Congress to approve the F-16  request, there is no guarantee that Erdogan will cancel the reported contract for the second batch of S-400s.

Ankara, too is at a very delicate juncture.  The economy is in deep distress, with 60-70% of  participants in three recent polls complaining about unemployment or inflation. Additional CAATSA sanctions could result in Turkey experiencing problems in refinancing its $160 bn of foreign debt (maturing in the next 12 months), adding to the ongoing currency weakness.  Erdogan and his AKP-MHP alliance is sinking rapidly in polls, a trend which may accelerate on news of CAATSA sanctions.

The moment of truth in Turko-American relations will probably arrive in early November, after Erdogan meets Biden at the end of October.  One of the  two long-standing views about Turkey vs the West will fall:

The first view is Turkey being indispensable for Western alliances. The second is that Ankara will never dare to break with the West.