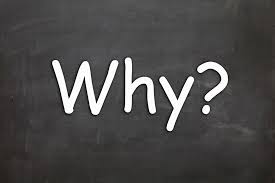 Ears would have pricked up in Ankara on Monday when a Taliban spokesman said Turkey and Qatar will help restart operations at Kabul airport. While Zabihullah Mujahed didn’t say whether either or both those countries will assume the management of Afghanistan’s main international airport, he didn’t rule it out either.

For the government of President Recep Tayyip Erdogan, control of the airport is crucial to Turkey’s gaining a foothold in Taliban-led Afghanistan. Ankara offered to secure the perimeter around the airstrip even as the Biden administration accelerated the withdrawal of American troops from the country. The Taliban were less keen. In July, Mujahed warned that Turkey’s suggestion was “ill-advised, a violation of our sovereignty and territorial integrity and against our national interests.”

Turkish officials acknowledged that was a setback, and last week Foreign Minister Mevlut Cavusoglu said private companies, rather than troops, might provide security for the airport. It will be high on the agenda if Erdogan follows through on inviting the Taliban leadership for talks in Turkey.

Whether in military fatigues or corporate uniforms, Erdogan is anxious for Turks to play the lead role in managing the principal gateway to landlocked Afghanistan. This would be the surest way to build influence with the Taliban-led government, which would serve not only Turkey’s interests but also Erdogan’s own ambitions.

While Pakistan and Qatar compete to be the new Taliban-whisperers, Turkey too would like the occasional word in the ear of Kabul’s new rulers. Ankara’s most urgent concern is the prospect of a new exodus of Afghans fleeing tyranny and political instability. While most will make for Pakistan and Iran, which have the largest numbers of Afghan refugees from previous conflicts, a sizeable proportion will head toward Turkey, many of them hoping to cross into Europe.

Turkey is already home to the world’s largest concentration of refugees — upwards of 3.7 million, according to the United Nations High Commission on Refugees. The vast majority of those are Syrians; Afghans, numbering some 130,000, are a sizeable proportion. Erdogan has already said he won’t allow Turkey to be “a waiting room” for more.

Although Turkey receives billions of dollars in aid from Europe to house refugees, their presence is proving a political liability for the president. Resentment about the foreigners is growing among Turks, leading to spasms of violence in Ankara. Although it is the Syrians who get the worst of it, Afghans who get as far as Turkey can expect a hostile reception.

For Erdogan, whose approval ratings are slipping amid widespread economic anxiety, the political cost of a new wave of Afghan refugees may outweigh any fresh tranches of money from the European Union. Far better to persuade the Taliban to ensure, whether by more benign rule or more effective border controls, that Afghans remain in their own country.