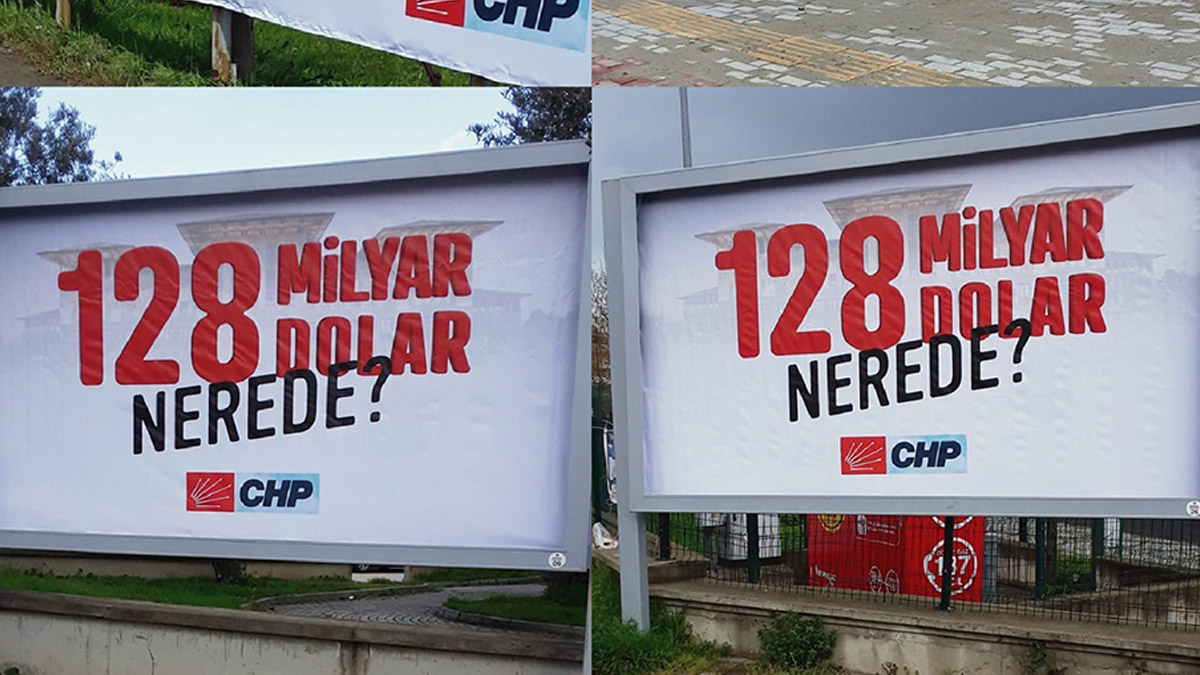 “Where is the $128 billion?” asked posters on billboards around Istanbul intended by Turkey’s main opposition to embarrass and annoy President Recep Tayyip Erdogan and his ruling Justice and Development Party (AK).

The gambit seems to have worked. Police took the posters down, using cranes in some instances, according to videos shared online by the opposition Republican People’s Party (CHP), which said it would keep putting them back up.

The question has also trended on social media, while the AK on Tuesday blocked a CHP call to debate the missing funds in parliament.

The sum refers to the dollars sold by state banks to support the Turkish lira in foreign exchange markets. The unorthodox policy began around the 2019 municipal elections and was ramped up in 2020, when the coronavirus pandemic laid bare the lira’s vulnerability and Turkey’s reliance on external funding.

Erdogan says the sales helped to support the economy, but they sharply depleted Turkey’s buffer of foreign reserves, leaving it more exposed to crisis, and opposition politicians want to know more.

“[Erdogan] says ‘you cannot even ask me questions’,” CHP leader Kemal Kilicdaroglu told party members on Tuesday, accusing the AK of stifling debate. “Those leading the country must give an account to the people.”

Kilicdaroglu said a prosecutor had ruled that some posters that bore a silhouette of the presidential palace were an insult to Erdogan. Insulting the president is a crime in Turkey.