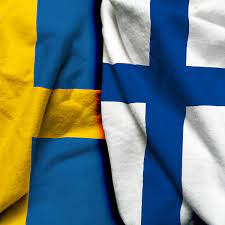 As Turkey threatens to block bids to join NATO by Sweden and Finland in the wake of Russia’s invasion of Ukraine, Bloomberg spoke to three senior Turkish officials about what their government is looking to achieve with the high-stakes brinkmanship.

The officials spoke on condition of anonymity, saying they weren’t authorized to speak publicly about internal government deliberations, and all gave broadly similar assessments. Here’s a summary of what they had to say.

Ankara is insisting that any new candidates for NATO membership recognize its concerns about Kurdish militias — both inside Turkey and across its borders in Syria and Iraq.

That’s been a major source of tension within the alliance, because while all NATO members recognize the Kurdistan Workers’ Party, or PKK, as a terrorist organization within Turkey, many have supported and even armed its Syrian offshoot, the YPG, in the fight against Islamic State.

Turkey’s demanding that Sweden and Finland publicly denounce not only the PKK, but also its affiliates before being allowed to join the bloc. The Turkish officials said that designating the PKK as a terrorist organization isn’t enough: the Nordic applicants must do more to clamp down on PKK sympathizers it says are active in their countries. 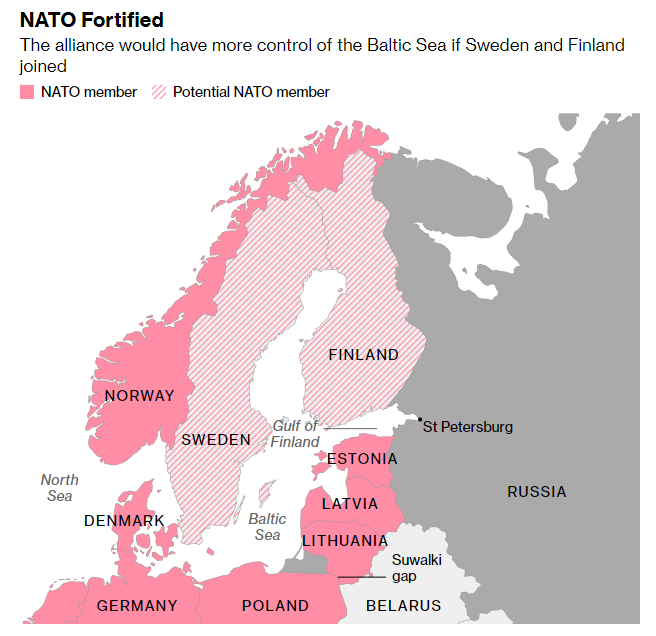 Turkey also wants Sweden and Finland to put an end to arms-export restrictions they imposed on Turkey, along with several other European Union members, after its 2019 incursion into Syria to push the YPG back from the frontier, the officials said.

While Turkey’s arms trade with the two countries is negligible and it’s not seeking any major defense purchases with them, the officials said that on principle Ankara won’t accept expanding a military alliance to countries that are blocking weapons deals. Foreign Minister Mevlut Cavusoglu has made the point publicly, saying the arms restrictions go “against the spirit” of an alliance.

Turkey accepted Greece’s return to NATO in the 1980s after the two countries fought a war in 1974 over Cyprus, and is keen not to repeat what the officials say is now viewed in Ankara as a mistake.

Athens and its Cypriot allies later emerged as key obstacles blocking Turkey’s bid for membership in the EU, rejected a UN vote on a unification plan for Cyprus, and have been engaged in constant territorial disputes with Turkey over parts of the Aegean and Mediterranean seas.

Learning from that lesson, the officials said it would be unwise to expect Turkey to change course and accede to Swedish and Finnish membership in NATO, unless disputes are first resolved and the Nordic countries publicly commit to solidarity with Turkey against the Kurdish groups.

Finnish President Sauli Niinisto, who is traveling to Washington, D.C. on Thursday with Swedish Prime Minister Magdalena Andersson, said he’s “optimistic” Turkey’s stance can be “managed through discussions,” without addressing any of Ankara’s specific demands.

Moscow’s aggression has severely jolted the Nordic region, meaning policy makers may be willing to find a compromise.

While the officials said Turkey isn’t looking to bargain over subjects beyond Finland and Sweden’s stances on the Kurdish conflict, Ankara’s gripes with NATO run deep and its wish-list is long.

Turkey wants to be re-included in the F-35 advanced aircraft program, from which it was barred after it bought S-400 missile-defense systems from Russia. It also has an outstanding request to the US to purchase dozens of F-16s warplanes and upgrade kits for its existing fleet. Moreover, Turkey wants the US to lift sanctions over its possession of the S-400 missiles.

Using its leverage over NATO expansion to achieve any of those aims will be challenging. But Turkey has shown it’s willing to dig deep, and even sustain damage to its economy, in recent geopolitical disputes over a detained American pastor, the Russian missile deal, or its military campaigns against the Kurds.

The officials dismissed the idea that Turkey’s opposition to Sweden and Finland entering NATO has anything to do with its ties to Russia, or with President Recep Tayyip Erdogan’s friendship with Russian President Vladimir Putin.

Turkey has sought a middle path over the war in Ukraine, as it seeks to balance its ties with both Moscow — critical to protecting Turkish troops deployed in Syria — and Kyiv, which Ankara has supplied with armed drones.

They also denied that the NATO gambit is linked to domestic politics, rejecting speculation that elevating the Kurdish issue onto a global stage is meant to benefit Erdogan by consolidating support among nationalists ahead of elections scheduled for next year.

Turkey is pursuing a foreign policy in line with its own national interests, and would agree to NATO’s expansion should the concerns it’s outlined with regard to the Nordic nations be met, the officials said.