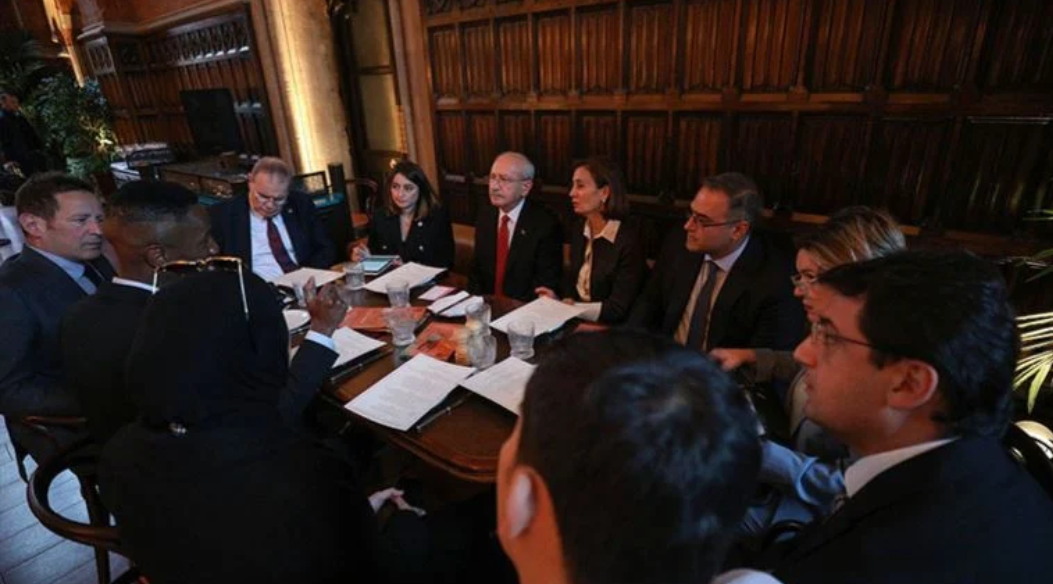 Main opposition CHP leader Kemal Kılıçdaroğlu has conducted meetings with financial organizations in London in order to secure loans for Turkey. “We will bring clean, technological and environment-friendly money to Turkey with big investments. We will swiftly clean the economy of black money, mafia and gangs,” he said, reports Gazete Duvar. His visit has been ridiculed by Erdogan as “a trip to taste burgers”, while other sources accused him of meeting with “hot money barons” to win the election.

Kılıçdaroğlu gave information with regards to his meetings in a video shared on his social media account. “This morning, we have held meetings with 14 massive fund organizations that have invested 100 billions of pounds in different regions of the world,” Kılıçdaroğlu said on Nov. 4.

Kılıçdaroğlu said that his party wants to attract investment to Turkey and continued: “I have always said this and will continue to say it. We will bring clean, technological and environment-friendly money to Turkey with big investments. We will swiftly clean the economy of black money, mafia and gangs.”

“By attracting clean investments to our country, we will ensure that our people can breathe. No one should be worried. We are coming in a very powerful way.”

Mr Kilicdaroglu’s “untimely” visits to US and now to UK have drawn criticism from the opposition ranks, too, with several social media figures accusing him of leaving Turkey at a time when the six party alliance he leads is losing ground in the polls.

Kilicdaroglu has remained quiet in the face of criticism, urging his follower to wait until November, when he will unveil a major policy proposal. This is likely to target the youth vote, critical to winning 2023 elections, though details remain sketchy.