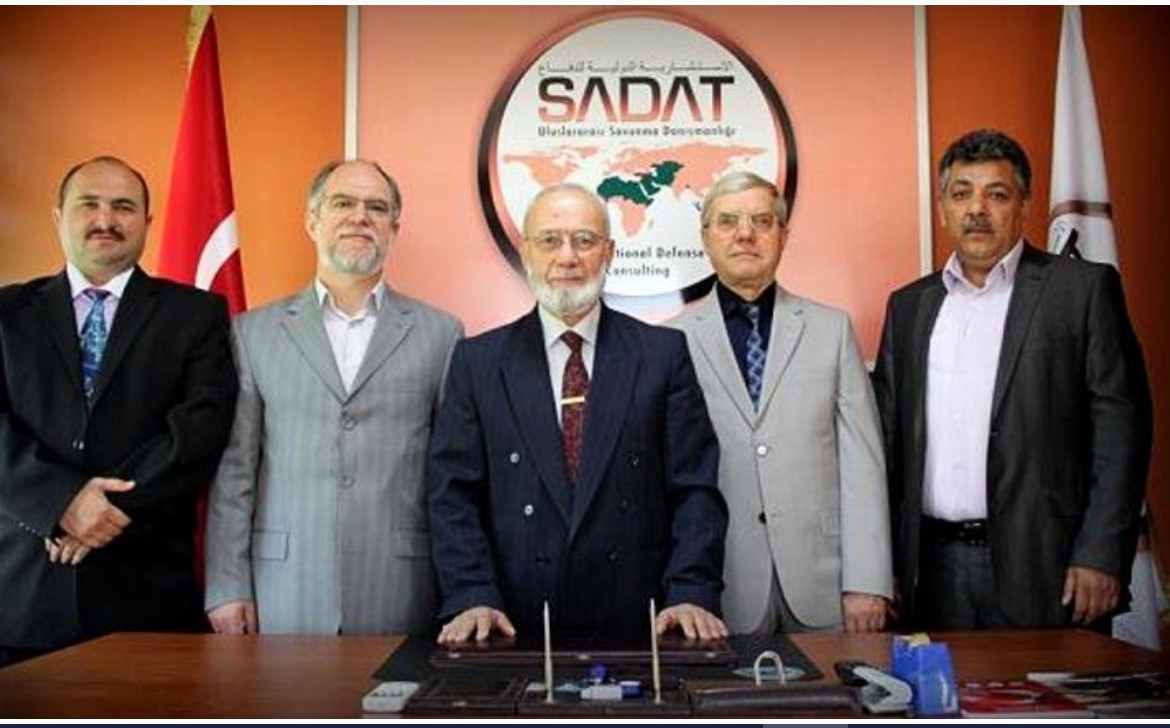 Despite a diverse and often provocative body of reporting, SADAT is best understood as a modern example in the evolution of the privatized military industry, serving as an indigenous Turkish alternative to both Western and Russian companies. Appropriately scoping SADAT not only identifies its strengths and vulnerabilities, but also the broader risks accompanying Turkey’s employment of mercenaries.

SADAT is a facilitator between Ankara and Syrian proxy fighters, complementing the efforts of the Turkish military and security services while affording it opacity and seemingly limitless protections. This dependency on the state and Erdoğan’s favor, however, constrains the company’s autonomy and entrepreneurialism. Moreover, SADAT’s close association with Syrian proxies of varying discipline, credibility, and volatility could expose Ankara to a variety of unintended consequences. Understanding these factors is critical to evaluating the company’s potential role in future security situations.

A number of Turkey watchers have been warning about SADAT and its controversial founder, Adnan Tanrıverdi, for years. Some have compared the company to state-sponsored irregular revolutionary armies, like Iran’s Islamic Revolutionary Guard Corps, while others believe Turkey’s use of mercenaries harkens back to the Ottoman Empire’s Janissaries. In 2018, a network analysis of presumed Erdoğan proxies stated that pseudo-military groups like SADAT “function formally as security contractors … and informally as secretive armed forces.” And, as part of a broader study early this year, the conservative Jerusalem Institute for Strategy and Security stated “SADAT can be considered the continuation of the pre-Erdoğan period’s ‘deep state’ informal units.”

There has been a recent boom in Turkey’s private security market and a trend toward industry indigenization. But SADAT is distinct from traditional Turkish private security companies, which focus on executive protection, transportation, and risk assessments. According to its website, the firm was founded in 2012 and boasts to be “the first and the only company in Turkey, that internationally provides consultancy and military training services at the international defense and interior security sector.” SADAT promotes itself as a military enterpriser, advertising consultancy services, conventional, unconventional, and special forces training, and ordinance and maintenance expertise. However, it does not appear to publicly offer a direct action or combat arms capability, like the former Executive Outcomes or the existing Wagner Group. And, while it is assumed most private military companies are driven by economic motivations, SADAT is an outlier because of the overt political and religious aspirations of Tanrıverdi himself.

A retired brigadier general in the Turkish armed forces, Tanrıverdi’s Islamist views reportedly led to his dismissal from active service in the late 1990s and are captured in a corporate manifesto marketing SADAT services alongside indictments of foreign hegemony and Muslim persecution. Deeming the privatized military industry as “under the control of Western Capitalism,” the manifesto details SADAT’s aspiration to be an alternative to the “colonist countries of crusade mentality.” Its original cadre were retired commissioned and non-commissioned officers, “who will attach primary importance to the national interests of such countries and the joint interests of the World of Islam, [and] who have the profound experience of [the Turkish Armed Forces].”

In summer 2020, the U.S. Department of Defense’s lead inspector general released its quarterly report to Congress on counter-terrorism operations in the U.S. Africa Command theater. Its findings included an assessment of the eroding security situation in Libya, following the Turkish military intervention to reinforce the ailing Government of National Accord (GNA). With Turkish-supported mercenaries being one of the key destabilizers, it notes, “U.S. Africa Command estimated that several dozen military trainers from a Turkish private military company, [SADAT], were deployed to Tripoli to train both GNA-aligned militias and Syrian fighters. Sadat maintains supervision and payment of the estimated 5,000 pro-GNA Syrian fighters in Libya.”

Yet, the company’s roots in the country actually extend back to at least 2013, as evidenced by a photo of Tanrıverdi shaking hands with a Libyan military officer while holding a plaque depicting the Ottoman coat of arms. Though these connections may have shaped Erdoğan’s decision to deploy forces, they also reflect a baser capability: first-mover advantage. By establishing brand recognition, customer loyalty, and/or early purchase of services, SADAT has the potential to enter conflict markets and set conditions for follow-on Turkish actions. Prior to Libya, the company was routinely dogged by allegations it was training Syrian proxies on behalf of Turkey, charges it refuted. Regardless, the company’s explicit involvement in North Africa, alongside Syrian proxies, confirmed that the company was prepared to be a regional, expeditionary private military company.

In sum, SADAT’s actions abroad — both proven and purported — seemingly demonstrate sufficient private military capabilities to warrant concern. However, some of the company’s underlying strengths also reveal vulnerabilities that may curb SADAT’s potential.

The company’s opaque profile is one perceived advantage, affording SADAT greater flexibility in how it pursues objectives. For example, reports of an “unnamed Turkish security company” in Nagorno-Karabakh follow a pattern of accusations that SADAT masks recruitment and training through front companies and local partners. Paradoxically, Tanrıverdi denies SADAT’s involvement in foreign conflicts and training Syrian proxies, while boasting of the company’s early efforts in Libya and its potential to serve in new client states.

The company’s opaque nature makes it hard to accurately assess its relationship with other elements of Turkey’s security services. In Syria, the company supposedly helped recruit, quickly train and provide logistical support for proxy fighters — but the significance of SADAT’s role compared to other Turkish agencies involved is unclear. In Libya, SADAT facilitated operations with Syrian mercenary recruitment, training, and potentially transportation — but only after Turkey had overtly committed military forces in support of the Government of National Accord. Moreover, beyond simply supporting Turkish military and proxy forces, there is likely a nexus between SADAT and Turkey’s national intelligence organization. Despite Tanrıverdi’s attempts to distance the company from the intelligence service, his son — and SADAT’s current CEO — publicly admitted the company coordinates with Turkish intelligence, in addition to the Ministry of Defense and Foreign Ministry, when considering requests from potential clients.

Domestically, SADAT stresses its compliance with Turkish national security laws as its activities technically fall outside the scope of acceptable defense industry production. More important, however, is Tanrıverdi’s personal relationship with Erdoğan, whose authority lends an air of legitimacy to the group while likely shielding it from attribution and legal scrutiny. A recent case in point: Sensational accusations of SADAT’s role in equipping al-Nusra Front terrorists spurred attempts by Turkish parliamentarians to investigate SADAT. These attempts failed, though, due to rejection by the AKP and Erdoğan’s political allies.

Unilateral patronage and protection create dependency, though, eroding the company’s autonomy and its vision. The company seeks to assess “the threats against the countries it serves, by considering the geopolitical status of such countries, and organizes the Armed Forces of the same with the aim to ensure the national defense by meeting the most efficient and contemporary needs.” Yet, by and large, SADAT’s publicly known operational history in other countries has been solely in support of Ankara’s objectives, not independent of, or even parallel to, it. With close ties to the military and potentially the intelligence service, can future clients trust SADAT to act as a legitimate broker in their interests if not unequivocally aligned with Turkey?

Tanrıverdi’s relationship to Erdoğan also creates potential political complications for the company. There are dark allegations that SADAT deployed a network of armed affiliates onto the streets in support of the administration during the attempted coup and, with Tanrıverdi’s subsequent ascension into Erdoğan’s inner circle, these unresolved charges have provided consistent fuel for critics of both the company and its founder. Furthermore, Tanrıverdi’s outspoken religious beliefs have inflamed tensions with Israel and have drawn unnecessary attention to the company, ultimately forcing him to resign from his security advisor position. And this all comes at a time when Erdoğan is trying to carefully court retired senior military officials’ support while countering their own ambitions when contrary to his agenda.

SADAT is part of a new race for private military capabilities. As seen in Syria, Libya, and Nagorno-Karabakh, the proliferation of conflicts with negligible Western engagement may create continued opportunities for Turkey to employ mercenaries. And, if Turkey’s mixed domestic appetite for military interventions abroad persists, it is easy to see the appeal in augmenting Turkish military forces or its partners with Syrian proxies. But this should not lead Turkey watchers to exaggerate SADAT’s reach or ignore the constraints it faces.

Despite its Islamic orientation and private military capacity, SADAT’s narrow operational history and opaque relationship with the Turkish security services may encumber outreach with wary client states. Barring a diversification of Turkey’s private military industry, Western and Russian private military companies will still continue to offer competitive services to potential clients while Ankara’s sole patronage (and de facto control) of SADAT will limit the company’s ability to exercise any true “mercenary” spirit. Additionally, the performance and conduct of those mercenaries even loosely associated with SADAT could potentially result in embarrassing failures abroad, unintentional military escalation, and increased instability at home. SADAT’s viability, and by extension Erdoğan’s tolerance for the company, is directly linked to its success in managing these risks.