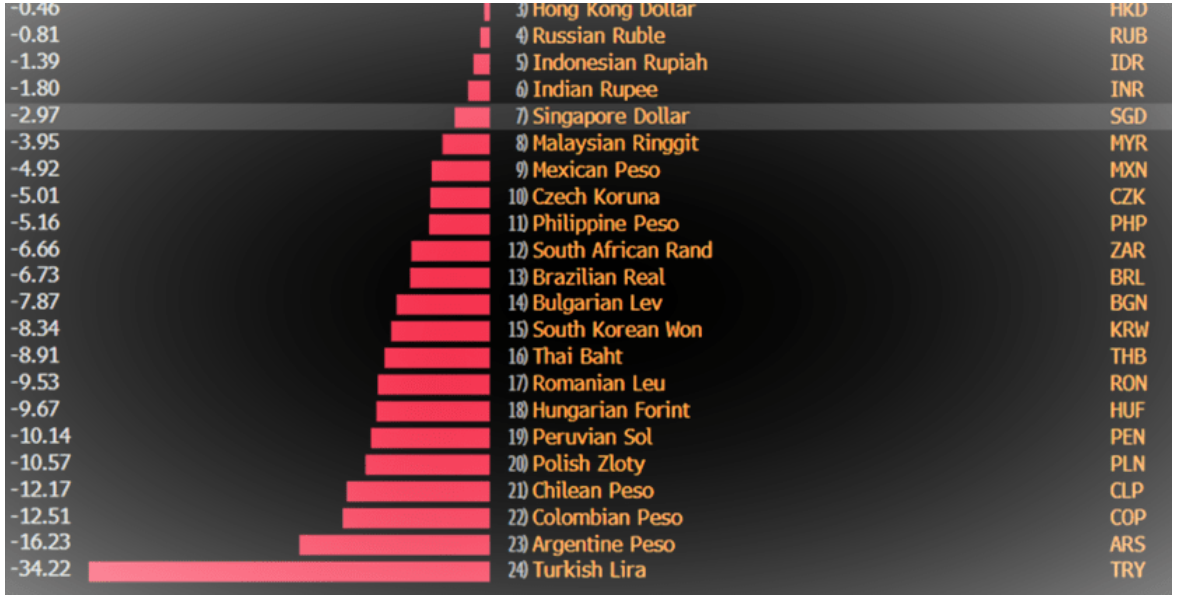 Turkey is going through a period where the lira has lost approximately 30% of its value since the beginning of September and we are once again experiencing a currency shock. This should not be a surprise to anyone. If we look at the last 5 years, whenever there has been a rise in inflation and the Turkish Central Bank (CBRT) fails to react in the appropriate manner, there has been severe pressure on the Turkish lira. This is a matter of policy choice and is not a novel process that has been  tried for the first time. The average depreciation of the TL in the last 5 years has been around 20% per year. It is a policy that Turkey has attempted before, but we insist on it each time at the expense of higher inflation. However, this time is a bit different.

The problem is that the point we have currently reached is different from that of the past 5 years. Firstly, while inflation was around 14% yoy on average in those years (2016-2020), before, currently it runs nearly 20% yoy. In the CBRT’s latest notes, it seems that interest rate cuts will continue at least throughout December. Therefore, in the next 6-7 months, there is the possibility that inflation will exceed 25%, forget about falling below 20%. Even when we mechanically reflect the depreciation of the TL to the inflation rate, an inflation rate of over 25% to 30% yoy seems inevitable. So the Turkish economy should definitely return back to prudent policies rather than further rate cuts to save the economy from hyperinflation. 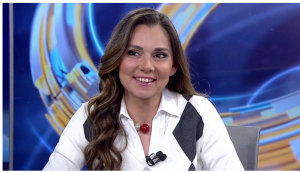 The second relevant difference compared to the last 5 years is that global inflation was not so high at that time and the global environment supported capital inflows. Unfortunately, we could not manage to control inflation during this advantageous period and it kept increasing.

The third main difference is that the CBRT’s foreign exchange reserves were stronger than compared to today and there was more room to support the economy via credit guarantee funds. The loss of welfare was still there, but not as dramatic. The Turkish economy is exhausted today. Therefore, the economic situation implied by the 400-basis points interest rate cut on November 18 points to a breaking point far beyond the rate cuts.

That is why, despite the market expectation for the last 100 basis points interest rate cut, the Turkish lira reacted so strongly. Signals from the CBRT about the continuation of the rate cuts also played a large part in the process.

Is this really a model change?

If a model change is going to be made in the Turkish economy, it must be a complete process with a long-term strategy and every stakeholder must be involved. It is not a step that the CBRT alone can take. The primary responsibility of the CBRT is the price stability, to reduce inflation. Higher inflation will be the result of untimely interest rate cuts which will lead to the continuing deterioration of the Turkish lira. Therefore, the discourse of “current account deficit-inflation” deviates strongly from the basic rules of the economy.

Furthermore, the period we are going through is not a model change, but a choice. It is a continuation of the previous choices that we have insisted on for the last 5 years and which have brought us to this day. Subsequently, when we experience a 30% exchange rate shock, we will experience a current account deficit adjustment into a surplus just like after 2018 currency crisis. Since import prices becomes so high, demand for imports will be suppressed and the current account deficit will be closed cyclically. Not a structural improvement.

The structural improvement can only be achieved to narrow  the current account deficit while reducing inflation, stimulating the economy and protecting the value of the Turkish currency. This is how structural change occurs.  The other is just a cyclical correction. Similar to the current account surplus period we experienced after the 2018 balance of payments crisis.

No one is for higher rates, but we are becoming  poor

At the end of the day, no stakeholder in the economy advocates higher interest rates. Moreover, as inflation rises, the interest rates that we are lowering artificially could come back to us as much higher rates after a while. Under such a volatility, one cannot predict future  and invest in such a risky environment. For the lower interest rate to be sustainable, we would have been patient for another 3-4 months before stepping in rate cuts. There  would have been no added cost to the economy. However, we did not choose such a path and Turkey have missed that opportunity.

The current cost will be a higher exchange rate, higher inflation and increased exchange rate losses on the balance sheets. Moreover, the recent rate cuts are not reflected on long-term loans which also points the ineffectiveness of the monetary policy.  All this means having to give up on growth after a while.

Productivity increases, price stability and changing the growth model are all structural needs; and necessary for Turkey’s  development. However, as it stands, the steps we have taken in the last period are not within this scope. It does not go beyond a wish or an effort to create a basis for interest rate cuts. When this happens, the confidence in the economy decreases, the risk premium rises, Lira is sold heavily and most importantly, the interest rate cuts we implement to decrease loan interest rates are unfortunately not reflected in the loan interest rates.

Excerpt only, from Yetkin report