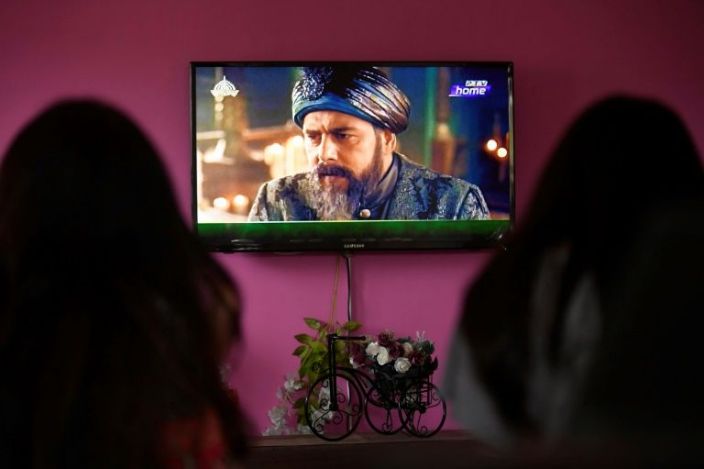 “The works done to find out the effects of the Turkish TV series on different countries and geography have shown that they have prospering impacts on promoting Turkey and Turkish society,” the directorate said in the book “Cultural Diplomacy and Communications.”

Highlighting that the sympathy between Turkey and the countries with common history has increased due to the series, it said, “The interest toward the Turkish TV series has also risen in the international arena.”

The U.S., India and South Korea are major countries that use their TV series and entertainment issues as “cultural diplomacy tools.”
However, “Turkey joined them as well.”

Pointing out that the sector of Turkish TV series has become a major tool for establishing a bond between cultures, the directorate listed series’ impacts on some countries.

Due to such TV series, Kosovars felt close to Turkey, all people living in Kazakhistan enjoy Turkish TV series and the similarity between Turkish and Algerian cultures helped the Turkish TV series become popular in Algeria, it expressed.