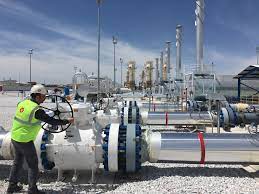 Turkey is preparing to reorganize some of its largest state companies ahead of possible stake sales or public offerings, according to people with knowledge of the plan.

President Recep Tayyip Erdogan’s government is planning to focus primarily on energy companies including state gas importer and pipeline operator Botas, the people said, asking not to be identified as the plans are yet to be made public.

The government wants to split Botas into smaller pieces and organize trading and pipelines as separate businesses, in line with legislation aimed at liberalizing the gas market. The planned overhaul is aimed at replacing strict state control at these enterprises with a profit-driven corporate mindset, the people said.

The reforms are part of decades-long efforts to stop state enterprises from bleeding cash and will also affect companies outside the energy sector.

The companies can later be prepared for a public offering or privatization after they turn profitable, generating money for the central government budget. In the energy sector, most are owned by the Turkish sovereign wealth fund, including state oil producer Tpao, which is developing a massive gas field in the Black Sea.

Energy Minister Fatih Donmez said last week that both Botas and Tpao are key to Turkey’s energy security, rejecting accusations by opposition Iyi Party leader Meral Aksener that the government is preparing to sell both to foreign companies.

Similarly, the government has slated state electricity transmission company Teias for an initial public offering by the end of 2022. It’s been selling assets from the portfolio of the state power producer Euas for decades.

No major state company has offered a stake for sale in recent years. Turkey’s privatization revenue dipped to a 33-year-low of $22 million in 2020, compared with a peak of $12.5 billion in 2013, according to Privatization Administration data.