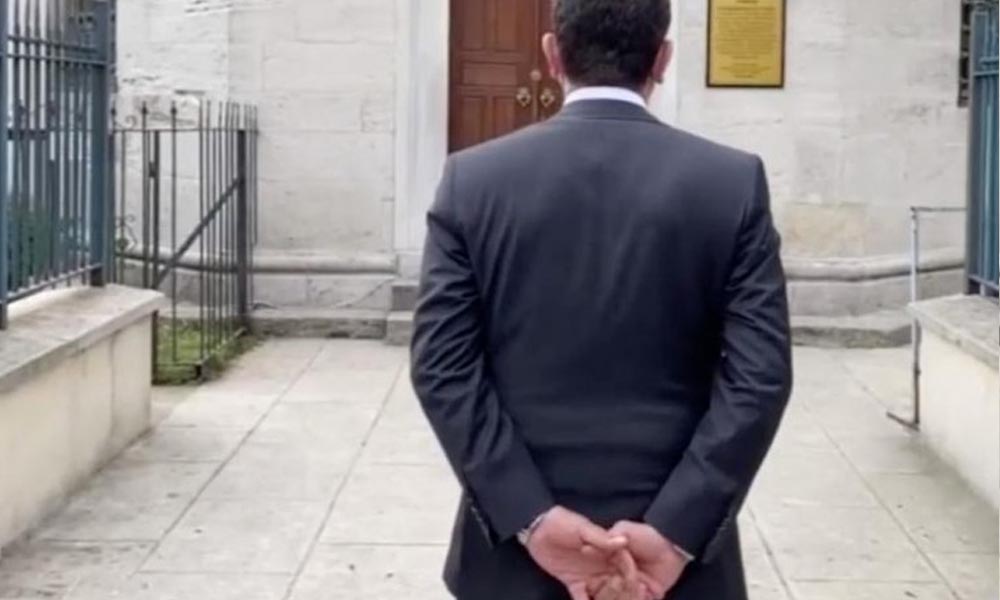 Turkey’s Interior Minisytry confirmed that Turkish prosecutors began a probe into Istanbul mayor Ekrem Imamoğlu –a member of the main opposition CHP- for disrespecting the mausoleum of an Ottoman sultan.

The investigation comes in addition to a probe into visits by Imamoğlu to mayors of the opposition pro-Kurdish Peoples’ Democratic Party (HDP) during which he is suspected of praising crime and criminals, ministry spokesman Mahir Cataklı said in a video statement published on Facebook.

Imamoğlu who won the mayoral seat for Istanbul, ended more than two decades of governance by President Erdoğan’s AKP and he is seen as a possible challenger to Erdogan at presidential elections in 2023.

Imamoğlu is accused of allegedly showing disrespect to Sultan Mehmed the Conqueror by walking around the mausoleum with his hands behind his back, wrote Baris Pehlivan, a columnist for the Cumhuriyet newspaper. He cited a letter sent by an Interior Ministry inspector to Imamoğlu last week requesting him to defend his actions.

The mayor had visited the mausoleum in May last year during a service for the anniversary of Sultan Mehmed II’s conquest of Istanbul.

“Our mayor was asked to provide a statement for the preparations of a new investigation that lacks any intelligence, and is focused on assuming intent,” Murat Ongun, a spokesman for Imamoğlu, said on Twitter.