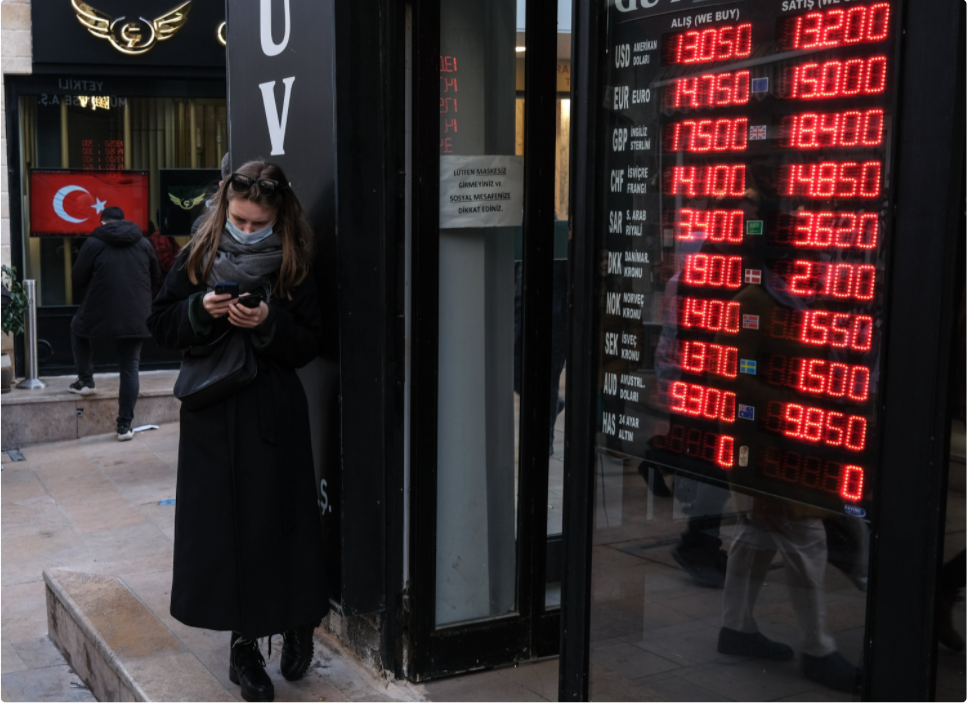 Turkey’s lira is expected to weaken to 20 per dollar by the end of the year, British bank Standard Chartered said in a report, according to BloombergHT television.

The bank revised its year-end estimate from 12 per dollar citing a “structural break” brought on by high inflation and unorthodox monetary policy, BloombergHT said on Tuesday.

Standard Chartered set an estimate for the lira’s value in 2023 at 28 per dollar. The currency was trading at around 13.5 per dollar early on Tuesday afternoon local time.

The Turkish lira lost 44 percent of its value last year after the central bank cut interest rates in the face of accelerating inflation. Consumer price inflation reached 36.1 percent in December. It is expected to accelerate to 55 percent by May, U.S. investment bank JPMorgan said earlier this month.

Standard Chartered said the government’s introduction of currency-protected Turkish lira deposits in late December did not reduce dollarisation of the economy and presented a risk to public finances. Almost two-thirds of bank deposits in Turkey are denominated in foreign currency.

Monetary policy is expected to remain expansionary and the possibility of surprise early presidential and parliamentary elections this year will also weigh on the lira, Standard Chartered said. Elections are due to be held in June 2023. The government has repeatedly ruled out the possibility of early polls.

Turkey’s consumer price inflation rate is expected to average 52.6 percent in 2022 and to slow to 40 percent by the end of the year, Bank of America said in a report this week, BloombergHT said.

The government’s deposit guarantee scheme, which seeks to recompense lira deposit holders for declines in the currency, is not financially sustainable and would not resolve problems arising from deeply negative real interest rates, Bank of America said.

Capital injections into public banks and an increase in loans via the Credit Guarantee Fund could also increase depreciation pressure on the lira due to credit expansion, the bank said.

The government may decide to cut sales taxes and implement other fiscal measures to help slow inflation, but the measures will create a financial burden and will have a limited effect on prices, which depend on the exchange rate, Bank of America said.