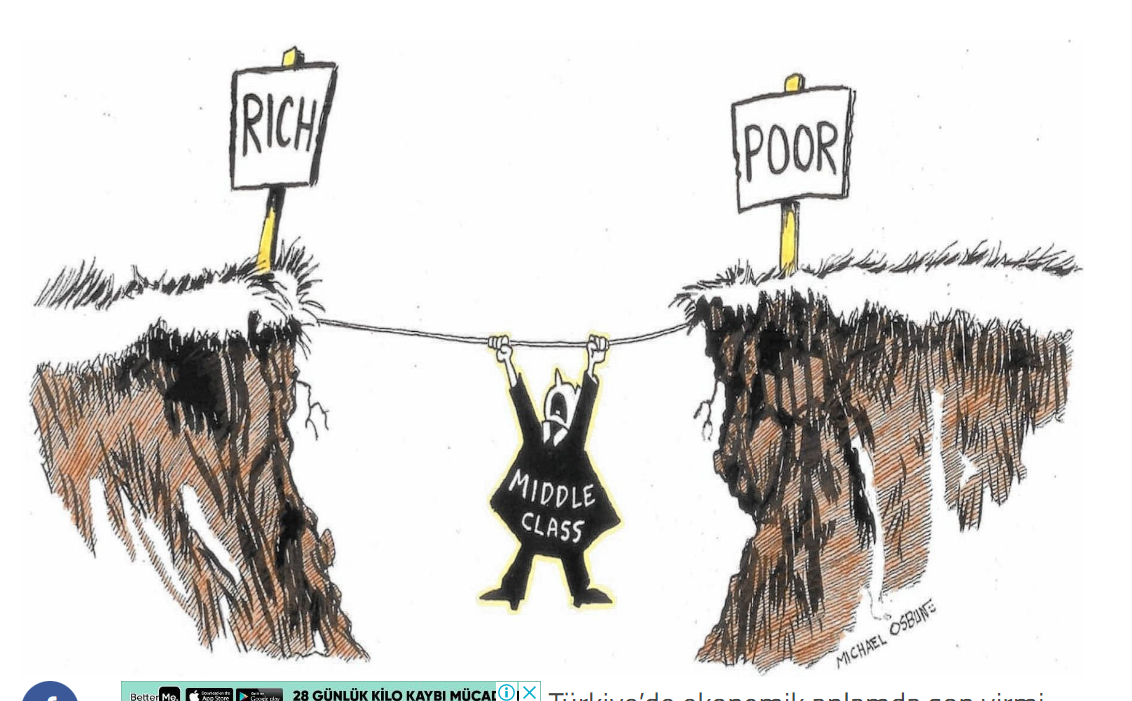 Turkey’s ENAG Inflation Research Group has warned that the government is causing the destruction of the middle class by prioritizing economic growth figures and refusing to adopt measures to tackle soaring inflation.

The ENAG Inflation Research Group, made of Turkish academics, economists and financial analysts, warned in a report that the country’s middle class is being crushed and destroyed due to “wrong monetary policies” and soaring inflation.

“The wrong monetary policies are continuing to cloud the expectations more and more. We see that the economic growth occurred at a level of 7.3 percent in the first quarter of the year, but the decrease in the purchasing power of our citizens is in such a way that it is destroying the middle class,” said the ENAG May Economic Analysis Report.

The researchers said that the “economic growth” which the government is boasting about cannot be felt by people as citizens are grappling with melting wages. The group warned that the economic problems “will keep increasing” unless the government adopts a change of course in its policies.

“The increase in the inflation, unemployment and foreign exchange rate, resulting from wrong policies implemented, are indicators that this economic growth is not reflected on society,” the report read.

The researchers also warned about the spike in Turkey’s current default swap (CDS) rate, saying that the figure now overs at around 700 points and is not showing any signs of a potential decrease in the short-run. They pointed out that Turkey’s CDS figures suggest that there is a real risk of default for the country.

“We would like to indicate that with every passing day, [Turkey] is coming closer to the [CDS] rate that is considered to be a default risk,” the researchers said.