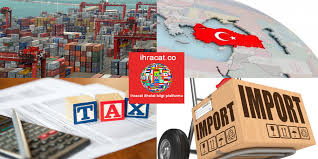 The Turkish government on May 11 announced new import tariffs on dozens of goods including dish washers, freezers, jewelry, musical instruments, and sanitary products.

Additional tariffs of 30 percent would be applied on the imports of the products until Sept. 30, 2020, and up to 25 percent after that date, according to the Official Gazette.

The move could slow a rise in the current account deficit.

Experts believe that a major pandemic-induced financial crisis is about to hit Turkey. The International Monetary Fund (IMF) forecasts that the Turkish economy will shrink by 5 percent for 2020, driving up unemployment to 17.2 percent and inflation to 12 percent. Some predictions paint an even grimmer picture in which unemployment could reach 30 percent.

According to official data released on May 11, the youth unemployment rate, including people age 15-24, was 24.4 percent in February — down 1.7 percentage points on a yearly basis.

The Turkish Statistical Institute (TÜİK) also announced that unemployment in Turkey dropped to 13.6 percent this February — down 1.1 percentage points from the same month last year.

The move to impose import taxes, coupled with a capitla injection of ca $3 billion into three state-owned commercial lenders was applauded by currency traders and investors, with dollar/TL dropping as low as 7.03 vs 7.27 on Thursday.  Istanbul Stock Exchange is up over 1% at 2 pm, while TL denominated bond yields are increasing across the board.