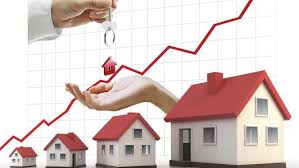 Mortgages with lower rates and longer maturities will be offered to middle-income Turkish citizens looking to buy their first houses, the government announced yesterday.

The mortgage loans with amount up to 5 million Turkish Liras ($266,800) will have up to 15 years of maturity and rates will start from 0.69 percent, Treasury and Finance Minister Nureddin Nebati said at a joint press conference with Environment, Urbanization and Climate Change Minister Murat Kurum to announce the “My New Home Program.”

The loans with favorable rates will be extended to new housing, before, during, or after construction, the minister also said.

“Price increases in the real estate sector will be followed. Persons who are found to have made an unfair price increase will be shared with the relevant units for necessary action.”

Kurum said that the aim of the campaign is to make 100,000 families homeowners in a very short time in the first stage.

“The monthly installments will not exceed 40 percent of the household income. Thanks to this campaign, a volume of billions of liras will emerge and an added value of approximately 600 billion liras will be created in our economy.”