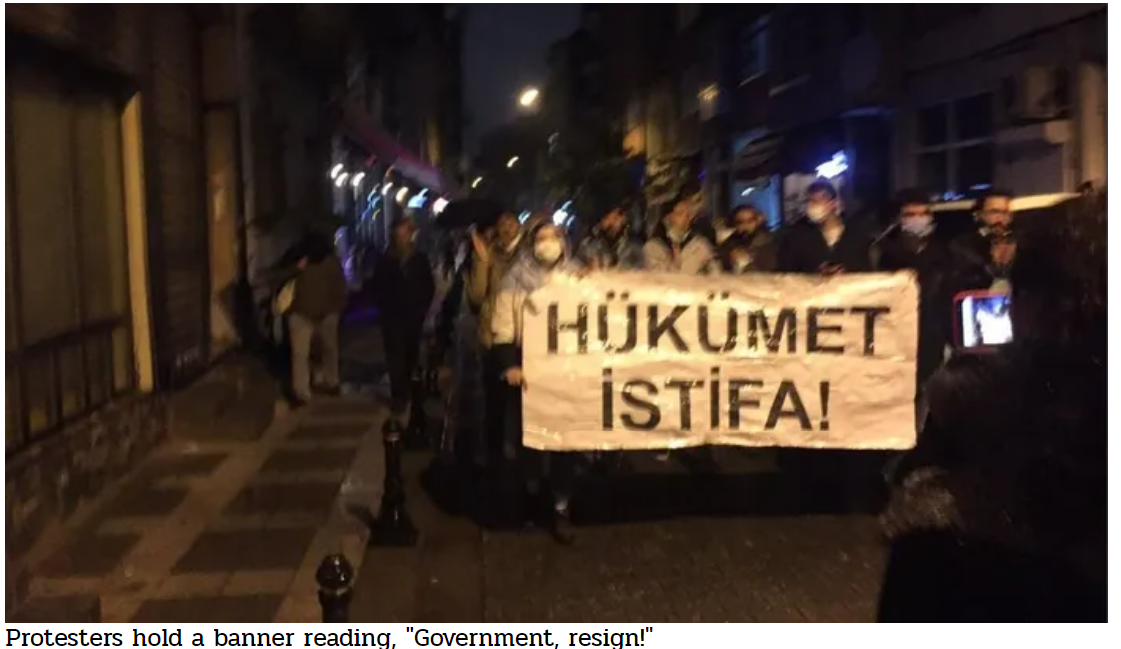 Protests were held in Istanbul and Ankara following the lira’s historic crash. Protesters demanded the government’s resignation in the face of the economic crisis.

Protests were held in Istanbul and the capital Ankara on Nov. 23 after the lira’s historic crash.

Groups were seen marching in both cities, as they called on the ruling Justice and Development Party (AKP) to resign.

In Ankara, protesters marched in the Çankaya district.

Dozens of people took to the streets in Turkey, calling on President Recep Tayyip Erdogan’s government to resign, after the lira crashed by 15 percent against the US dollar on Tuesday.

Protestors chanted: “AKP to the grave, people to power.” AKP is the Justice and Development Party, Erdogan’s ruling party.  Videos on social media showed police forces intervening and blocking the path of protesters gathered in Istanbul and the capital Ankara.

Police barricades were reportedly placed on Taksim Square in Istanbul, according to social media users.

Anti-government protests have been reported in Istanbul and Ankara late Nov. 23. The purpose of the demonstrations is to protest deteriorating economic conditions, including the decline in the value of the Turkish lira, and to demand the government resign. Demonstrations have taken place in Ankara’s Cankaya District and in the Kurtulus and Kadıkoy areas of Istanbul; including near Taksim Square.

Authorities have deployed a heavy security force presence to monitor the demonstrations; police with riot shields have responded to the protests in Istanbul’s Kurtulus District and localized traffic disruptions have been reported in the area. Related protests are possible in other locations in Istanbul and Ankara. Localized transport disruptions are likely in areas affected by protests over the coming hours. Clashes between security forces and demonstrators cannot be discounted.