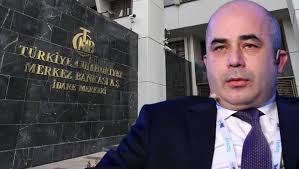 Turkish central bank Governor Murat Uysal is making clear he isn’t about to bend to the market’s wishes, but a weak currency may be the price he’ll be paying for a long time.

As Uysal unveiled the second quarterly inflation report of the year on Thursday, the lira was pushing against the 7-per-dollar mark, a key level that state banks have been defending after eight straight interest-rate cuts left it exposed to a global selloff. The central bank last week reduced its benchmark by a percentage point to 8.75%.

But Uysal denied that the central bank has a policy of supporting any specific lira level and said Turkey maintains a floating currency regime. The governor also stood firm in his belief that the central bank still provides a “reasonable” real rate of return — based on projected price growth. Adjusted for realized inflation, policy rates have been below zero since late last year.

Deeper monetary easing is almost certainly on the way after Turkey’s central bank lowered its inflation expectations for the end of this year to 7.4%, less than a previous forecast of 8.2%. “When we take this into account, I would like to say that at the moment we still have a reasonable real rate,” Uysal said.

Economists disagree.  A survey  organized by Anatolian News Agnecy found economists predicting a median CPI of 9.03% by end-2020. In a second poll, organized by data vednor Forek the year-end consensus is 10.83%

Ever since his abrupt appointment in July, Uysal has had to navigate the demands of President Recep Tayyip Erdogan for looser policy and calls from investors for more caution. A slew of measures designed to penalize hedging against or betting on currency losses scared away international capital, while state banks have continued to prop up the lira by selling dollars.

“Real rates are down all around the world,” Uysal said.

The outlook among economists couldn’t be more different. Inflation will end the year at 10.6%, according to analysts surveyed by Bloomberg on April 24-28. Consumer prices grew an annual 11.9% in March.

With the central bank staying dovish, the lira extended losses and headed for one of the worst performances in emerging markets on Thursday. It traded 0.5% weaker at 6.9845 as of 3:05 p.m. in Istanbul.

Turkey’s currency has depreciated almost 15% this year, and efforts to prop it up have left Turkey’s international reserves running low.

Any fluctuations in the central bank’s holdings are temporary, Uysal said. Gross reserves, including gold, decreased to $86.4 billion last week, a drop of almost $20 billion since the start of the year.

Turkey’s state banks don’t comment on interventions in the foreign-exchange market. In January, Uysal said they have been carrying out transactions in line with regulatory limits and may continue to be active in the currency market.

Turkey’s output gap, food prices are the main drivers of changes to this year’s inflation estimate, Uysal said; price growth to decline to 5.4% by the end of 2021, as anticipated in the last batch of forecasts.

A faster annual price slowdown expected from July; lower commodity prices are offsetting the impact of a weak liraThe central bank lowers its average oil forecast for this year to $32.6 per barrel versus $60 previouslyFood inflation projected at 9.5% at the end of the year, down from a previous estimate of 11%A marked economic slowdown seen this quarter, with a recovery in the second half following the pandemic