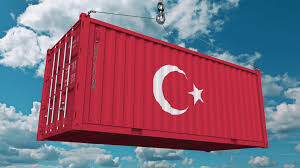 The monthly gap reached $8.2 billion, in line with the median estimate of economists surveyed by Bloomberg. The January-June shortfall was $51.4 billion, an increase of almost 143% from a year earlier, statistics agency TurkStat said on Friday.

Turkish authorities have embarked on what they call a transformation of the economy that gives priority to exports. Central bank Governor Sahap Kavcioglu said Thursday that higher energy prices caused by Russia’s invasion of Ukraine have made imports more costly for Turkey.