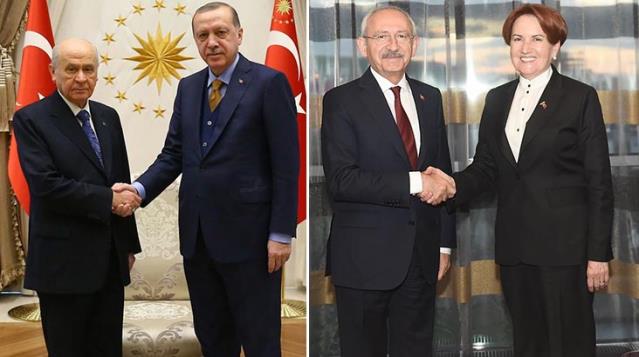 Turkey’s ruling coalition the People’s Alliance has been declining at the polls, and for the first time since the alliances were formed in 2018, has lost the lead to the opposition’s Nation Alliance, according to leading pollster KONDA’s September survey.

On the People’s Alliance side, the ruling Justice and Development Party (AKP) stands to win 32.7 percent of the vote, a decline of 3.4 percent from July’s 36.1 percent. The other main partner in the alliance, the far-right Nationalist Movement Party (MHP) polled at 8.9 percent.

Some 64 percent of participants said they believed President Recep Tayyip Erdoğan winning the next elections to be a negative outcome.

The second largest opposition party in the country ,the pro-Kurdish left-wing Peoples’ Democratic Party (HDP) increased its votes by 0.5 percent from July, reaching 11.7 percent in the September survey. HDP is not part of any alliance, however, it has supported CHP’s candidates in local elections in 2019.