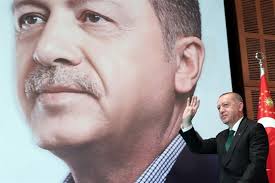 Turkey’s government on Friday reversed measures meant to prevent an explosion in the number of dishonored checks during the current Covid-19 lockdown after an outcry from Turkey’s largest businesses.

Hours after publishing a new law to stop companies from cashing checks dated until May 31, the government issued a new official gazette to say checks can be paid so long as debtors have sufficient funds.

The earlier decision had “shut down” all payments between firms that rely on short-term checks for cash flow, said Arda Tunca, chief financial officer of Eko Faktoring in Istanbul. The sentiment was echoed by Turkey’s largest business association Tusiad, whose chief said the measure could “paralyze the entire economy” if not reversed soon.

“We’ve been hearing complaints that even the certified checks cannot be paid” Rifat Hisarciklioglu, head of Turkey’s Union of Chambers and Commodity Exchanges said in a Twitter post.

Turkey’s Ministry of Trade said in a statement that the measures were intended to help out companies that might be affected by the Covid-19 lockdown that’s planned to last until May 17.