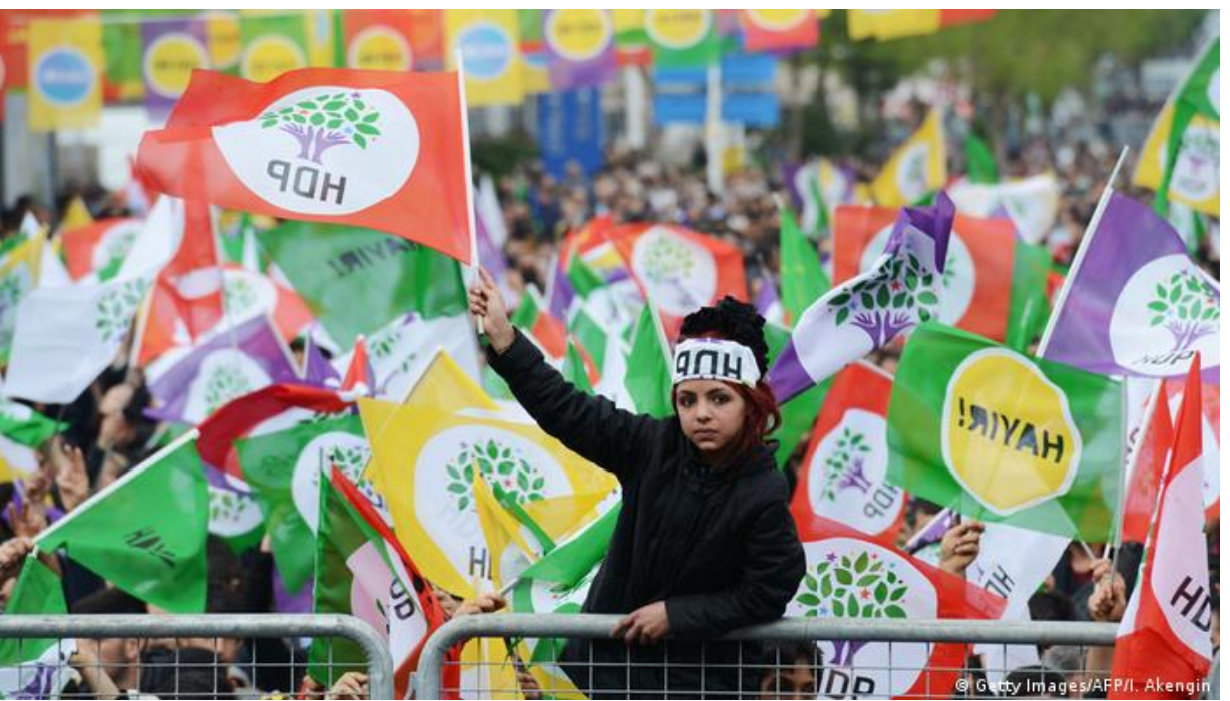 The pact could see HDP  align with the Workers’ Party of Turkey (TİP) and the Left Party (SP) to contest parliamentary elections scheduled for 2023, Cumhuriyet said.  Currently, HDP polls around 11% of the national vote, with left-wing parties commanding a tiny slice of around 15.  However, an alliance could attract social democrats from CHP to two left-win parties.

Electoral alliances have become an increasingly important part of Turkish politics since the rules were changed to allow their formation ahead of the 2018 general election.

Meanwhile, the main opposition Republican People’s Party (CHP) and center-right Good Party (İYİP) have committed to working together as part of the Nation Alliance.

The creation of a new left alliance aims to counter government accusations that the HDP is a “secret partner” in the Nation Alliance, Cumhuriyet said.

Although never formally part of the opposition pact, the HDP has previously indicated it would be willing to back Nation Alliance candidates as part of efforts to depose the AKP.

Tacit HDP support is credited with helping the CHP’s Ekrem Imamoglu win the 2019 mayoral election in Istanbul, a city controlled by Erdogan’s and his allies since 1994.

HDP’s stance in favor of greater Kurdish cultural autonomy seems at odds with the CHP and İYİP’s traditionally nationalist electoral base, a tension opponents have sought to exploit by accusing the HDP of links to the outlawed Kurdistan Workers’ Party (PKK).  Nevertheless, recently both parties demonstrated a willingness to reach out to HDP,  with the caveat it severs links to PKK.

Speaking to journalists earlier this month, TİP Chairman Erkan Baş said that his party “did not think alike with HDP on some issues” but that common ground still made an alliance possible, according to Cumhuriyet.

The TİP won two parliamentary seats after reaching a similar agreement with the HDP ahead of the 2018 elections. Forming an alliance with larger parties allows smaller ones to cross the 10 percent threshold of the national vote necessary to enter parliament.

A left alliance would not participate in presidential elections and instead back a unity figure against Erdogan, Cumhuriyet said.

The Nation Alliance is expected to field a joint candidate emphasizing a return to Turkey’s parliamentary system, reversing the sweeping new powers granted to Erdogan by a 2017 referendum.