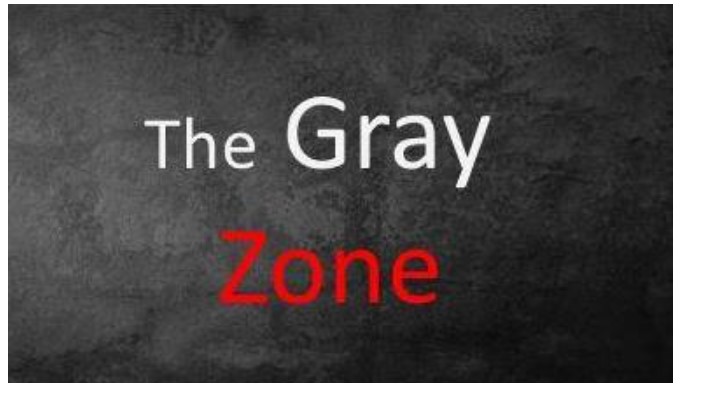 As the world comes to grips with new geopolitical realities, Turkey is exploring a new pathway that seeks a “win-win” approach, instead of the “zero-sum” Cold War game that has defined international relations for decades.

The Cold War era saw the world divided into two primary camps — “democracy” on the one side, led by the US, and “communism” on the other, led by the Soviet Union. Geopolitics was a zero-sum game, where a “loss” by one party was automatically considered a “win” by the other. This zero-sum mentality extended into the post-Cold War era of US unilateralism, perhaps best summed up by President George W. Bush when he declared, “You’re either with us, or against us.”

That statement was made in the context of the post-Sep. 11, 2001 global “war on terror,” but the mindset behind it succinctly defined Washington’s approach to global affairs following the collapse of the Soviet Union in 1991. As the sole remaining superpower, the US did not pass the baton of leadership to a new world order defined by the multilateralism of the United Nations, but instead used its unmatched political, economic and military power to cajole, sanction and cow those who challenged the notion of US supremacy.

Yet the US, while possessing unmatched military power, never truly reigned supreme on the global stage. The post-Cold War era was marked as much by inefficiencies of US power, with failed military interventions in Afghanistan, Iraq and, on a more limited scale, Syria.

Over this period, Turkey has explored an independent posture, denying, for example, US troops the right of passage across Turkish territory to invade Iraq from the north in 2003, or challenging the current Western-led sanctioning of Russia following its invasion of Ukraine. Turkey’s foreign and national security independence represents a transition from the black-and-white, zero-sum game of the Cold War era to a new geopolitical “gray zone.” This has seen Turkey shift from being a compliant Nato ally operating in the shadow of the US and Europe, to becoming an emerging regional power with enough confidence to go its own way, even when that journey puts it at odds with its erstwhile Western partners.

Whether this will see the maintenance of cordial relations with the West remains unclear. Issues such as Turkey’s ongoing territorial disputes with Greece and Cyprus, the unilateral declaration of a maritime boundary with Libya, or the exploration for and exploitation of oil and gas deposits in the Mediterranean Sea, have all put Turkey in a position of tension with its Nato allies. Turkey has also shown a proclivity for military adventurism, whether in suppressing Kurdish independence on its own soil and in neighboring Iraq and Syria, taking sides in the ongoing Libyan civil war, or supporting Azerbaijan in its military struggles with Armenia. But Turkey’s status as a Nato member has helped keep the peace with the West. Like any relationship that has developed over the course of decades, any split between Turkey and the West would be complicated and tricky.

At the same time, Turkey has displayed a level of diplomatic maturity and flexibility — evident in its complex relationship with Russia. In recent years, Turkey and Russia have faced off on battlefields ranging from Syria (where Turkey shot down a Russian aircraft, and Russian bombs killed scores of Turkish soldiers), to Libya, Armenia and Ukraine, where Turkey and Russia engage in various iterations of proxy conflict. Turkey today stands ready to provide military assistance to Ukraine, which is engaged in active combat with Russia, and to Azerbaijan, which has a tenuous cease-fire with Russia’s ally Armenia, and Syria, where Turkey’s anti-Kurdish posture puts it at odds with Russia’s ally, the Syrian government. When examined in this context, one might conclude that Turkey is on a collision course with Russia.

But this is far from the case. Turkish President Recep Tayyip Erdogan and his Russian counterpart, Vladimir Putin, recently concluded meetings that saw Turkey strengthen its economic and political ties with Russia, setting a goal of expanding trade from about $26 billion per year to more than $100 billion. Turkey is also working with Russia on possible membership of the Brics economic forum and the Shanghai Cooperation Organization.

Turkey’s growing role in Eurasian political and economic affairs represents the logical direction of the country’s geopolitical growth away from its historically constrained relationship with the West, and toward a new posture where Turkish national identity is expressed in a more assertive fashion.

This does not forestall the potential for significant differences of opinion between Turkey and its new geopolitical partners. But Ankara is exploring a new pathway where gray, rather than black and white, is the preferred operating reality. This flexibility has seen, for example, Turkey provide weapons to Ukraine while avoiding criticizing Russia directly and, at the same time, carving out an important diplomatic role, notably in a recent deal allowing Ukraine to restart wheat exports. While significant differences remain between Russia and Turkey, the two appear to be setting a course that seeks both to avoid direct military conflict and expand economic and political ties — a flexible, multilateral approach that reflects a world in transition.

Scott Ritter is a former US Marine Corps intelligence officer whose service over a 20-plus-year career included tours of duty in the former Soviet Union implementing arms control agreements, serving on the staff of US Gen. Norman Schwarzkopf during the Gulf War and later as a chief weapons inspector with the UN in Iraq from 1991-98. The views expressed in this article are those of the author.