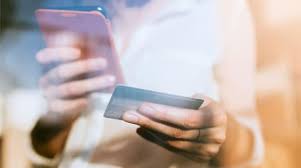 Seasonally adjusted consumer confidence index decreased by 7.5% in April to 80.2 from the March level of 86.7.

The drop is no surprise of course.  The new economic shock caused by rising inflation in April, the shocking removal of the central bank governor, the disastrous USD 128 bn fx reserve loss story and the TL’s new round of devaluation all works as factors that weigh on consumer confidence. While the optimism in March, read from the table below, has been replaced by complete anxiety, the new peak in COVID-19 outbreak also deteriorates positive expectations.

If we take into account that the current economy management and the government’s ways of dealing with the pandemic will not change, growth in the second half of the year looks much more problematic after the expected strong 2Q21 growth performance due to the base effect.  The continuation of TL devaluation, the rising inflation and the rate cuts in the pipeline will all be feeding consumer concerns.It seems unlikely that the trend in the Consumer Confidence Index will be replaced by a meaningful recovery, at least in the short term, in May.

The financial situation of household index at present compared to the past 12 months period which was 67.3 in March decreased by 4.9% and became 64.0 in April.

The financial situation expectation of household index in the next 12 months period which was 87.9 in March decreased by 7.9% and became 81.0 in April.

The general economic situation expectation index in the next 12 months period which was 94.1 in March decreased by 11.9% and became 82.9 in April.

Assessment on spending money on durable goods index over next 12 months compared to the past 12 months period which was 97.4 in March decreased by 4.7% and became 92.8 in April.