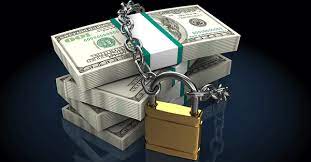 Turkey stepped up efforts to bolster the lira and cool off lending with a surprise measure that bans loans to companies deemed to be flush with foreign-exchange cash, sending the domestic currency on its biggest rally this year.

The country’s banking regulator is restricting commercial lira loans to corporate borrowers if they hold more than 15 million liras ($890,000) in foreign-currency cash and if the amount exceeds 10% of total assets or annual sales. The authority, known as BDDK, announced the decision on Friday.

The move, earlier reported by Bloomberg HT, stoked a rally in the lira, which at one point surged 5% against the dollar, the most this year. The Turkish currency traded up 3.3% of 9 p.m. in Istanbul, set for the world’s biggest gain versus the greenback on Friday. 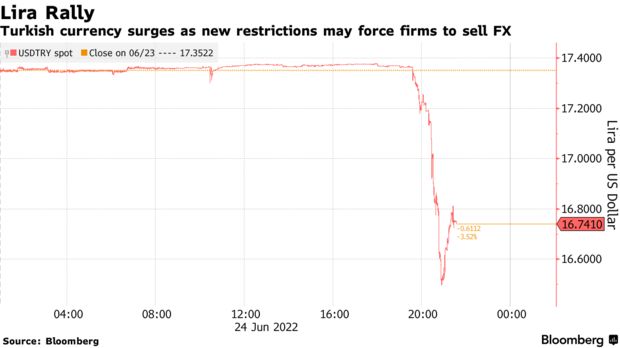 The step represents among the most forceful interventions by Turkish authorities in support of the lira, still this year’s worst performer in emerging markets. It may prompt companies flush with foreign currency to dump those assets if they want access to new credit in lira, according to Evren Kirikoglu, an independent strategist in Istanbul.

The decision is the latest by Turkey in an effort to stabilize the lira at a time when the country’s interest rates are the world’s most negative once inflation is taken into account. The differential in borrowing costs will only grow wider as global central banks embark on what may prove to be the most aggressive tightening of monetary policy since the 1980s.

Under pressure from President Recep Tayyip Erdogan to keep rates low, policy makers have instead deployed measures to curb credit growth and make the lira more appealing to savers and companies. On Thursday, the regulator announced another rule that aims to deter lira lending abroad via swaps.