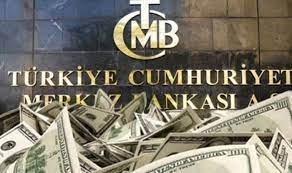 Turkey is making another effort to arrest a precipitous decline in its currency by dangling cheaper and longer lira loans to exporters if they commit to selling more of their foreign proceeds and avoid driving up demand for dollars.

The central bank has amended the terms under which it issues so-called rediscount credits and notified commercial lenders of the change, according to people with direct knowledge of the matter. It provides such loans to exporters in liras but gets repaid in foreign currency.

Excluding the defense industry, funds will now be available for up to 360 days at a cost below the central bank’s key interest rate, the people said, speaking on condition of anonymity because the decision wasn’t yet made public.

To qualify for the relaxed rules, exporters would have to sell a further 30% of their foreign-exchange proceeds to commercial banks and refrain from purchasing hard currency in the market for a month, according to the people. Turkey already requires them to surrender 40% of their foreign income, meaning a company would only be able to keep 30% if it were to take a rediscount loan.

Authorities are in a rush to roll out policies and provide some relief for the lira but without imposing capital controls or resorting to rate hikes that President Recep Tayyip Erdogan has ruled out as an option. The Turkish currency has lost about 23% against the dollar this year, making it the worst performer in emerging markets.

In response, Turkey has started to offer new savings products to encourage households to invest in the lira, including a type of government bonds announced last week. Additionally it’s taking steps to curb growth in consumer lending.

But with trade imbalances growing worse and the country’s international reserves under pressure, the government has also made it mandatory for exporters to convert more of their foreign proceeds by raising the requirement from 25% in April. 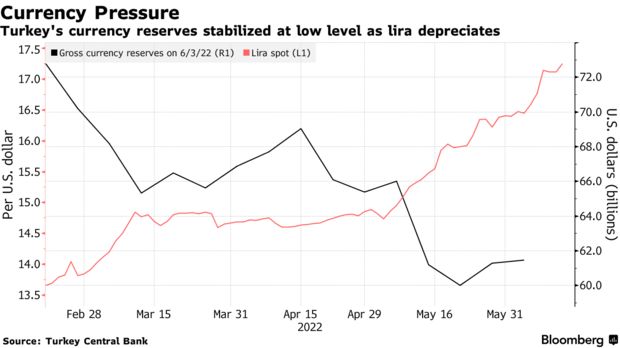 Turning investor sentiment in favor of the lira is a challenge because Turkey has the world’s deepest negative rates when adjusted for prices. Since the central bank cut its benchmark to 14% at the end of last year, Turkey’s inflation rate has more than doubled to over 73% in May. It’s now at the highest since 1998, just a few years before a financial crisis that ushered Erdogan to power.

In place of higher rates, Turkey has relied on backdoor policies including currency interventions and bond purchases by the central bank.

The president has defied orthodox economic views, pledging to lower the cost of money and insisting that high rates are the cause of faster inflation, not the opposite. The central bank next reviews borrowing costs on June 23.

At its last session in May, the central bank emphasized its policies aimed at widening the use of the local currency and making available long-term investment loans.