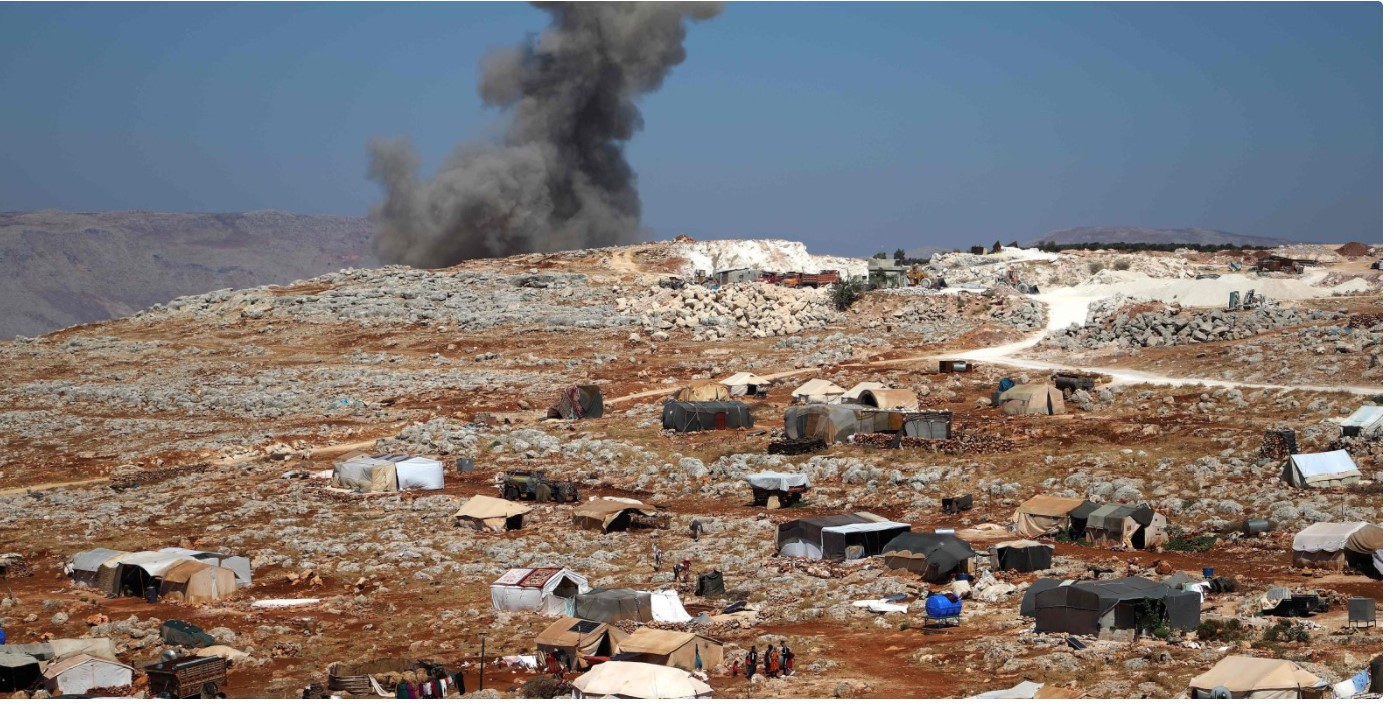 After a secretive Putin-Erdogan summit, the status of Syrian province of Idlib, the last bastion of rebels in North Syria, remains unsettled.  News agencies report daily clashes at the demarcation line between Assad’s Army and  Turkey-backed rebels controlling the Northern part of the province. While the summit with Putin may have granted Erdogan time to  disarm fundamentalist guerilla groups (Putin’s primary demand), Turkey is very reluctant to abandon Idlib to Assad (Putin’s final demand), because of a potential wave of new migrants.

Last week, Russia  called on Turkey for the “the full implementation” the Idlib ceasefire agreement in Syria, while calling attention to the “terrorist threat’’ in the region, which it said was escalating in certain areas.

Terrorist groups continue to stage attacks from the Idlib zone at the Syrian government army positions and against the Russian contingent, TASS cited Lavrov as saying.

“That is why, Russia unequivocally reiterates the necessity of the full implementation of the agreements reached by Presidents (of Russia Vladimir) Putin and (of Turkey Recep Tayyip) Erdogan on the isolation of terrorists, first of all from Hayat Tahrir al-Sham, however they’re disguising themselves, with the ultimate goal of exterminating these groups,” Lavrov said. “We are guided by this approach and the sooner it is done, the better”.

Lavrov’s remarks arrive after Erdogan and Putin on Wednesday met in Russia’s Sochi to discuss the violence in Idlib.

Large parts of Idlib are controlled by the Islamist Hayat Tahrir al-Sham (HTS) group that has its origins in Al-Qaeda’s Syrian branch Jabhat al-Nusra.

Turkey also maintains troops in Idlib under the framework of the Astana Agreement. Turkish and Russian military convoys jointly patrol parts of the province.

Turkey needs to defend its enclaves across the Northern Syria, stretching from Idlib to Qamishli in the East, lest Kurdish entity PYD/PYG declare independence, as Assad foments trouble to the west, pushing refugees to Turkey and supporting anti-Turkey terror outfits.  But, tis task is becoming more difficult by the day, as  Arab states are making peace with Assad:

While Assad is still shunned by the West and Turkey, who blame him for a decade of brutal war in Syria, there is a shift is underway in the Middle East as some Arab allies of the United States are bringing him in from the cold by reviving economic and diplomatic ties.

Political considerations also loom large in Arab capitals like Cairo, Amman and Abu Dhabi. These include their ties with Assad’s most powerful backer, Russia, which has been pressing for Syria’s reintegration and how to counter the influence carved out in Syria by Iran and Turkey, reports daily SABAH.

The New Arab:  Assad prepares for campaign in Idlib

The Syrian regime continued to break a ceasefire in place in Idlib in the country’s northwest on Wednesday morning, amid reports of a large scale operation being prepared by Damascus, the New Arab claims.

It comes just hours after President Bashar al-Assad’s forces reinforced their presence in the area amid clashes with opposition fighters,

Regime and Russian military reconnaissance aircraft have been repeatedly sighted.

Meanwhile, the pro-regime Al-Watan newspaper said Assad’s troops reinforced themselves in Idlib to get ready for a significant armed effort to take place there soon.

The daily cited a “field source” as asserting “the army [of the regime] has sent additional reinforcements in terms of personnel and equipment to the southern Idlib countryside”.

This is “in the context of preparing for an imminent large-scale military operation”.

The paper said its insider claimed forces “in the Idlib countryside pounded terrorists’ movements with artillery fire in several hubs in Mount Zawiya”.