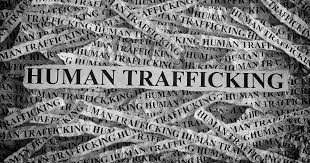 The index examines crime in countries and regions in the categories of “criminality,” “criminal market,” “criminal actors” and “resilience” and their sub-categories.

With 6.4 points, Turkey ranks 13th worldwide in the criminal market category. As for sub-categories, it scored 7.0 in human trafficking, 9.0 in human smuggling, 4.0 in flora crimes and 3.0 in fauna crimes.

Turkey tops the human smuggling ranking while sharing the first place with Democratic Congo and Iraq in the arms trafficking ranking. In the state-embedded actors category, Turkey is second only to Syria, which scored 10 out of 10. Democratic Congo, South Sudan and Afghanistan also scored 9.0 in this category. Turkey’s average resilience score is 3.54, and its scores in sub-categories are 6.5 in territorial integrity, 2.0 in anti-money laundering systems, 4.0 in economic regulation capacity, 4.0 in victim and witness support, 3.5 in crime prevention and 3.5 in non-state actors against crime.