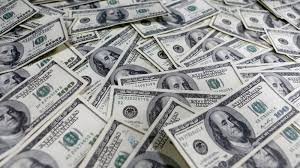 Turkey is working on a plan to attract inflows of hard currency by offering lira funding, free of interest and with a guaranteed 4% return in dollars, to foreign investors willing to park their money for at least two years.

Under the plan, the central bank would provide lira liquidity to foreigners for investment in local bonds with a maturity of at least two years, according to a person with direct knowledge of the deliberations. Besides extending zero-yield swaps, the monetary authority would also guarantee a 4% return in dollar terms when the securities mature, the person said.

Discussions are ongoing and details of the plan could still change, said the person, who asked not to be identified as the information isn’t public. The central bank declined to comment.

The lira headed for its first gain in over two weeks, trading 0.2% stronger against the dollar as of 7:39 p.m. in Istanbul. It’s still the worst performer in emerging markets this year after Argentina’s peso with a loss of about 10% against the U.S. currency.

The outreach to investors marks a new tack for Turkey and would represent a major U-turn by the central bank, a reflection of pressure on authorities to reverse capital outflows. It’s used similar measures to shore up the currency at home by rolling out state-backed deposit accounts that shield savers from lira weakness.

After a currency crisis in 2018, Turkey introduced numerous restrictions on foreign transactions to defend the lira, placing limits on swaps with local banks to deter short sellers. But as a side effect, foreign holdings of Turkish stocks and bonds have fallen to a historic low.

Deepening trade imbalances and the world’s most negative interest rates when adjusted for prices have made the $800 billion economy increasingly vulnerable at a time of intensifying global tightening led by the U.S. Federal Reserve.

Instead of using higher rates to make lira assets more appealing, Turkey has introduced a series of unconventional policies to attract hard currency and boost the central bank’s reserves.

Deposits in so-called FX-protected accounts reached 782 billion liras ($52 billion) as of April 22, according to data compiled by the banking regulator. This month, the central bank revised some reserve requirement rules for banks in an effort to encourage conversion of foreign exchange into the local currency.