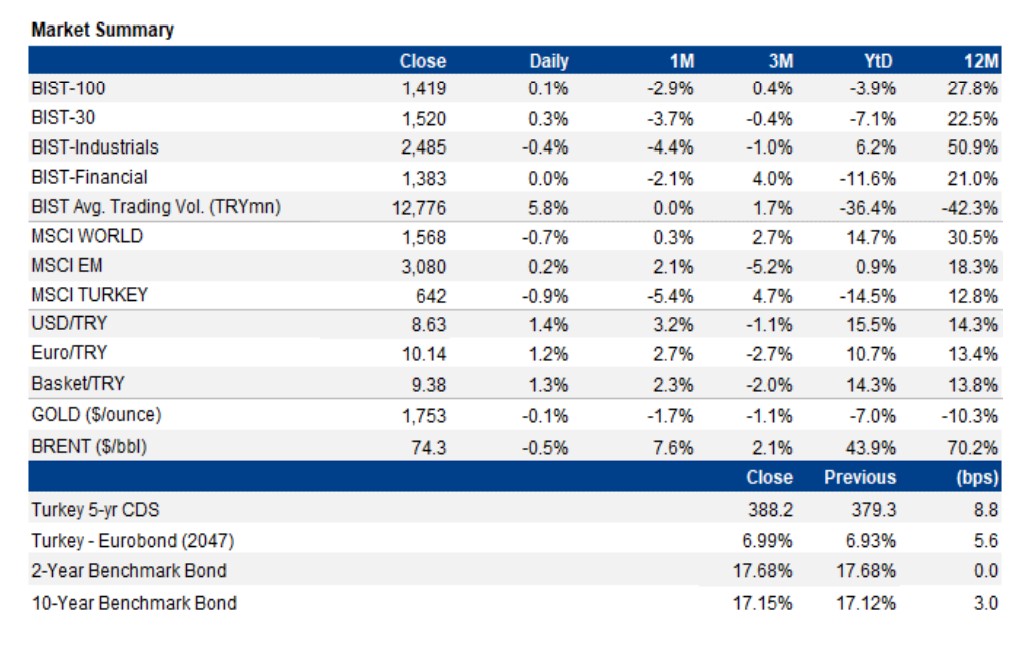 Today, Treasury’s issues would be followed

This decision could be slightly positive on Turkey’s tourism revenues. However, we should state that this possible positive impact could be extremely slightly due the high tourism season has been almost come to an end.

The Bank has lowered maximum duration on consumer loans over TL50,000 from 36 months to 24 months, while announcing no  change in required reserve rules for the said loans. The Bank has extended the NPL recognition rule that had raised the unpaid period from 90 to 180 days indefinitely for the outstanding loan portfolios (except consumer loans) as of 1st October and ended this advantage for new loans. The Bank also extended indefinitely, the method of exchange rate calculation used in valuation for risk weighted assets (RWA) in CARs to past 252 working days average. We do not expect the consumer loan duration change to have a major impact on consumer loan demand, whereas NPL recognition and RWA calculation rule extensions would help keep cost of risk at low and CAR at higher levels for banks. Positive.