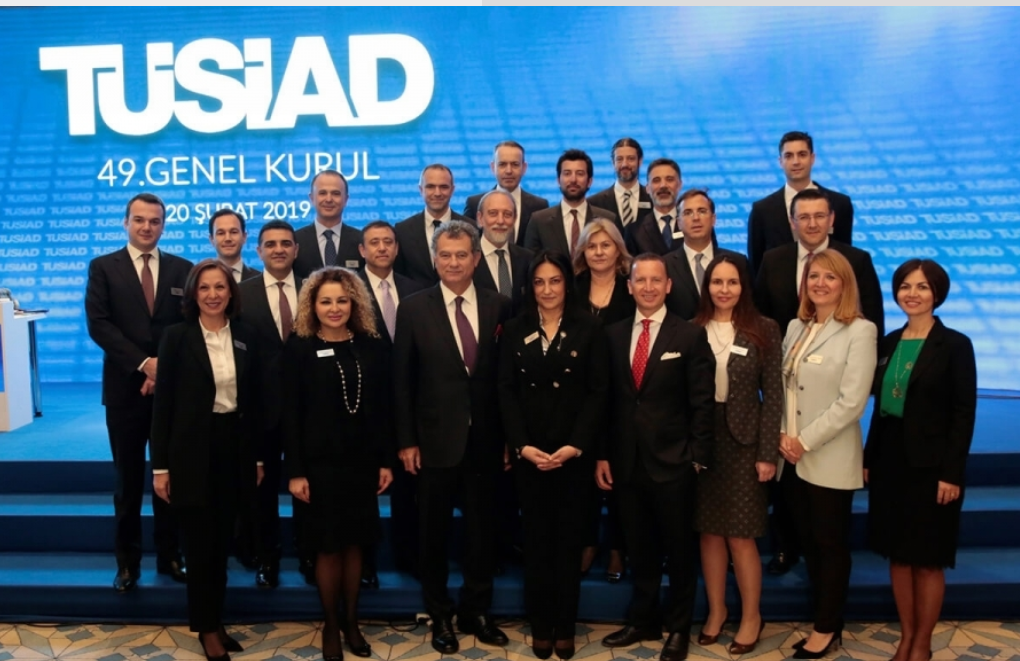 Turkish President Recep Tayyip Erdoğan on Wednesday blasted Turkish business group TÜSIAD’s chair Orhan Turan over his remarks criticizing government’s objection to Finland’s and Sweden’s NATO bids, Haber Sol internet news site reported.  TUSIAD and other leading business lobbies, such as the Association of Turkish Trade and Industry Chambers have ben very docile to Erdogan since his reign started. TUSIAD has attempted to criticize anti-business policies in the past, but always quieted down after receiving a terse warning from Erdogan. Nevertheless, the latest statement by chair Orhan Turan is the harshest and mostcomprehensive attack waged against Erdogan’s policies.

At a meeting of the Turkish Business and Industrialists Association (TÜSİAD), which represents the country’s largest companies, earlier on Wednesday, Orhan Turan, TÜSİAD’s chair, voiced warnings about the state of the economy, saying Turkey was growing by getting poorer.

Turan also voiced criticism against the government’s foreign policy,  saying the NATO membership of Sweden and Finland can be resolved through negotiations and mutual understanding in accordance with the spirit of the alliance.

“Of course, it is Turkey’s right to demand that friendly and allied countries pay more attention to the sensitivities of a country that has suffered much from terrorism,” Turan said.

“However, the method we adopt while protecting our interests where we are right should be formulated in a way that will facilitate us to reach the goal,” Turan criticized the government.

“We will not change our stance on Finland’s and Sweden’s NATO bids until they take concrete steps. Hey, you, new head of TÜSİAD! You cannot teach us a lesson in foreign policy, Erdoğan lashed out against the TÜSIAD leader.

“You’re an apprentice, you couldn’t even become an undermaster. Unless they (TÜSİAD) change their mind, they won’t be allowed to maintain contact with the government,” Erdoğan said.

“Why do we take a stand against Sweden and Finland? Are we going to open our doors to them while terrorist organizations are freely walking down their streets? TÜSIAD can stand with them, we will revenge on the blood of our martyrs. Terrorist organizations are marching on the streets in Germany. If TÜSİAD continues like this, our doors will remain closed to the group.”

The TUSIAD rebellion ought to be viewed as a test case of Erdogan’s sway over the business community. After Erdogan’s terse reply, TUSIAD is expected to end the debate by adopting complete silence for a few months. If it responds either through Chair Turan, or another prominent business person, who is a member, it is fair to conclude that even the business community has grasped  Erdogan is on his way out pursuant the coming elections.