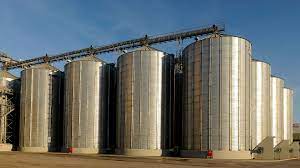 Ukraine is looking to Turkey for security guarantees that would unlock a deal with Russia to allow millions of tons of grain to be shipped through the Black Sea to a hungry world.

A government official in Kyiv told POLITICO a plan is under discussion that would open up blocked Ukrainian ports for ships loaded with grain, without the need to de-mine the waters in the area. A security guarantee provided by Turkey or another state — likely one within NATO — is now the crucial missing piece of a deal, and if all sides can agree, a plan could be finalized within days, the official said.

The official cautioned that it is “premature to be too optimistic” about the prospects of an agreement, given how sensitive and difficult the talks are. But the outline of a potential deal, as seen by Kyiv, comes amid positive noises from the leaders of Turkey and Italy in recent days.

The stakes are high as the world faces a struggle to cope without wheat and other agri-food exports from the super-productive farms of Ukraine. Russia’s blockading of over 20 million tons of grain in Ukraine threatens to turn an international food crisis into a hunger emergency for countries in North Africa and the Middle East that are most reliant on Ukrainian supplies.

Before Russia’s invasion, 90 percent of Ukraine’s exports went through Black Sea ports such as Odesa and Mariupol. But the war has destroyed Mariupol and forced Ukrainian authorities to lay defensive mines around Odesa in preparation for a feared Russian attack.

The United Nations is pushing to open a protected shipping lane in the Black Sea to allow the country to export significant volumes again. But officials in Kyiv, as well as Western governments, are suspicious that Russia will take advantage of opening the Odesa port to launch an attack.

On Tuesday, Italian Prime Minister Mario Draghi hinted that a breakthrough could be close. He said a potential deal could be done which would not require Ukraine to remove the mines, and that an agreement was mainly contingent on “a final yes from the Kremlin.” He cited information from U.N. Secretary-General António Guterres, who briefed G7 leaders at a summit earlier this week.

On Wednesday, Turkish President Recep Tayyip Erdoğan voiced his optimism over the prospects for an agreement, during talks with U.S. President Joe Biden at the NATO summit in Madrid.

“We are trying to solve the process with a balancing policy,” Erdoğan said, according to the Associated Press. “Our hope is that this balance policy will lead to results and allow the possibility to get grain to countries that are facing shortages right now through a corridor as soon as possible.”

The Ukrainian official suggested Turkey itself could provide the necessary security guarantees to Ukrainian grain shipments. Previously Kyiv has suggested the U.N. could play a role in guaranteeing the safe passage of commercial shipping in the Black Sea. That idea seems to have receded.

“U.N. is just brokering the deal,” the Ukrainian official said. Now Kyiv is “looking for [a] national-level security guarantee — from Turkey or [another] state.” The official added that most of the countries that could play such a role “are NATO states.”

Explaining the contours of a potential agreement, the official said: “The idea is to use the itinerary that will not require any changes in military presence together with coordination via Turkey.” The Ukrainian official confirmed this meant using the routes that don’t need de-mining.

Although Draghi told reporters that the talks between Russia, Ukraine and Turkey were speeding up, the Ukrainian official said that a deal could be reached “today, or never … everything depend on politics.” Then again, if the parties reach an “understanding,” an agreement could be completed “within days,” the official added.

On Sunday, the Turkish president’s spokesperson İbrahim Kalın said it could take three to four weeks for a deal to be struck and for ships to start sailing via the safe passage.

Turkey, which has been trying to coordinate negotiations between Russia and Ukraine, sent a military delegation to Moscow last week to negotiate a safe Black Sea passage. Kalın said that “if both sides agree, we will hold a Turkey-Ukraine-Russia-U.N. meeting in Istanbul.” He added that Ankara hopes to hold the meeting “as soon as possible.”