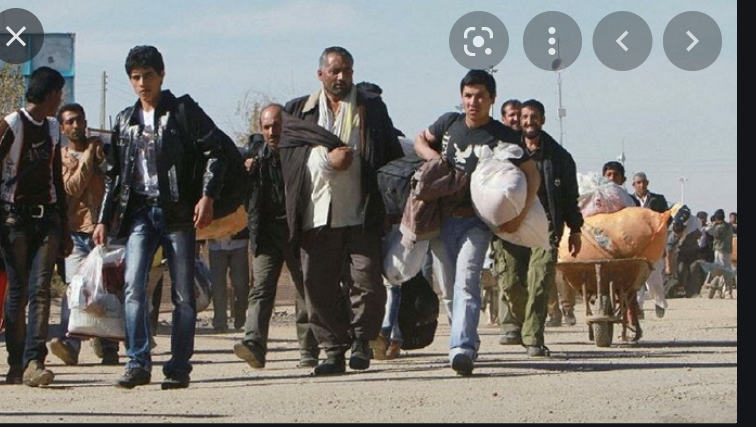 Fleeing poverty and war in their home country, Afghan refugees are turning to Turkey, one of the few nations hosting Afghans by the thousands.  Turkey is already host to 3.6 million Syrian refugees. Economic migration from Iraq and sub-Saharan Africa add to the numbers, though there is no official tally of what percentage of the population consists of refugees.  Turkey’s population is roughly 80 million.

Over the past several years, Turkey has become a critical refugee hotspot for Afghans alongside its still-expanding Syrian and Iraqi refugee population. Its key location straddling East and West has made it a stopover for refugees on their journey to start a new life in Europe.

According to refugee officials, an estimated nearly 200,000 Afghan refugees are living in Turkey, a number that is increasing on a daily basis since the United States announced its full withdrawal of troops from Afghanistan in early April.

Since then, the Taliban has made considerable gains, capturing dozens of districts across Afghanistan. As a result, a mass exodus is taking place as Afghans seek a new home away from insecurity and threats from the Taliban.  Different sources place the daily inflow of Afghans at 500 to 1.5K.

The Road To Europe

Since 2019, Afghans are the largest group of asylum seekers in Turkey. According to UNHCR, Afghans are the second-most common citizenship to claim asylum in the European Union. This movement to Turkey and onward to Europe is expected to continue post-pandemic.

“Most refugees coming to Turkey don’t intend to stay here. Everyone wants to go to Europe, but since borders and routes are closed they have all become stagnant. These days, because of the U.S. withdrawal, everyone is planning their exit strategy, and many are choosing Turkey as a kind of pitstop,” a refugee said.

Ali Hekmat is co-founder of the Afghan Refugee Solidarity Association (ARSA), a nonprofit that helps Afghan refugees settle in Turkey. He has witnessed a gradual increase of refugees since 2009, when he himself arrived as one.

“When I came here, I ran into many Afghans that were struggling. They did not know the Turkish language, healthcare system, or school system,” he said. “Kids would be born here in Turkey, but families wouldn’t know how to register them properly. Some kids could never even attend school because of these issues.”

According to Hekmat, many Afghans are still struggling to integrate themselves into Turkish society and culture.

“The problem is that today most refugees that are coming from Afghanistan are not educated. I can confidently say 95 percent are not university-educated, and some barely speak the Persian lingua franca, forget about English or anything else,” he said. “That’s why I began volunteering to help Afghan refugees with Turkish-language courses, workshops, translation services, and humanitarian aid.”

ARSA is just one of the nonprofits that support Afghans in Turkey, but it’s an uphill effort. As insecurity in Afghanistan mounts, Hekmat and his organization are preparing for another wave of Afghan refugees to enter the country.

“Afghan refugees have mostly no other place to go. In Iran, the economic conditions are very bad, and they have gained a negative viewpoint on Afghans; we are not welcome there,” he said. “Pakistan has its own problems. Afghans just want a safe life, away from insecurity, poverty, and unemployment. Now that the Taliban has strengthened, we are preparing for a new wave of refugees to arrive in Turkey.”

Ahmad Ershad Mirzaye is a refugee in Turkey who recently made the arduous journey from Afghanistan. Despite never wanting to leave his home in Kabul, the worsening conditions and personal difficulties he faced essentially forced him out of the country.

Ever since Mirzaye arrived in Istanbul, his plan was to keep out of trouble. He spends his days working as a tailor to make ends meet for himself and his family back home. Contrary to most refugees who are simply passing through Turkey, he intends to stay. From his perspective, settling in Turkey and building a new life there is possible so long as other Afghan refugees don’t ruin it for everyone else.

“Turkey has done its share of humanity by housing us in their country, but sometimes our people cannot swallow the freedoms found here. For example, alcohol is out in the open, people can dress how they want, to some degree — these are all foreign concepts for our people,” he said.

“Our people have lived very closed-off lives and that’s why a number of Afghans lose themselves here, they go crazy, or they start fighting with other Afghans or Turks. They ruin it for themselves and for us,” Mirzaye said.

But he was quick to clarify that the actions of the few don’t speak for the majority.

“There are actually just a small percentage of Afghans like this. We are not as bad as they make us seem,” he said.

Turkish press reports small clashes in several Anatolian provinces between refugees and the locals.  As with Syrians, Turks fear their female relatives and spouses are not safe with refugees.

In recent years, increasing numbers of refugees from around the region have led to a shift in perceptions among many Turkish people, who used to be more tolerant and compassionate to refugees, especially to Afghans. But as the number of refugees multiplied, so did intolerance and stereotypes. This is why Afghans like Mirzaye are looking to keep their heads down and live a good life.

Beyond just hosting thousands of Afghan refugees, Turkey has always held an interest in Afghanistan’s affairs. As a majority-Muslim nation, its deep cultural and linguistic ties with Afghans have made them a less contentious actor to fear.

The historical ally recently announced its offer and clear commitment to take a lead role in securing Kabul’s international airport after the departure of international troops. The security of the airport is crucial for the operation of diplomatic missions out of Afghanistan as Western forces withdraw from the war-torn country.