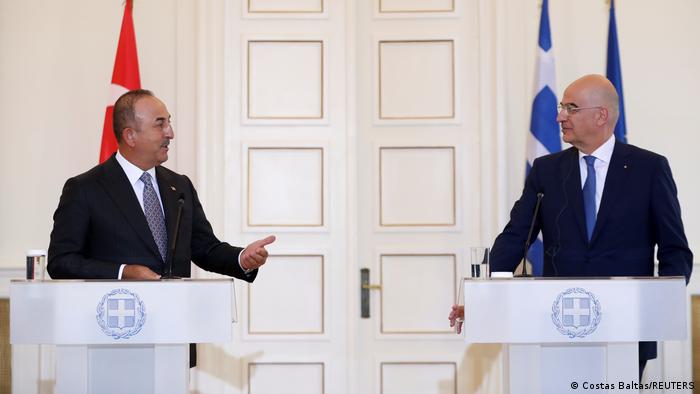 Greece and neighboring Turkey have agreed to gradually normalize their relationship.

Greek Foreign Minister Nikos Dendias made the announcement, following a meeting with his Turkish counterpart Mevlut Cavusoglu in Greek capital Athens on Monday.

It was the first public meeting between the two since April when a joint press conference in Ankara erupted into a public spat. It was just one example of how fraught the relationship between the countries had become across a range of issues.

“We are fully aware of the different, and in some very serious issues, diametrically opposed positions that we have,” Greece’s Dendias said, following the meeting.

“The purpose of today’s meeting was to attempt an initial negotiation process and if possible, a gradual normalization of the situation over time,” he added.

Meanwhile, Cavusoglu said Turkey wanted to improve economic ties with Greece. He said there had been concrete steps on 25 articles in areas ranging from transport to energy, the environment, tourism and trade.

He also said they had decided to recognize each other’s COVID-19 vaccination certificates to permit travel between the countries.

“I would like to say that, as Turkey, we have the will for these actions and I am happy to see the same will from Greece,” he added.

As a further step towards making amends, the ministers said that Turkey’s President Tayyip Erdogan and Greece’s Prime Minister Kyriakos Mitsotakis would meet during next month’s NATO summit.

Greece and Turkey at loggerheads

The two historic rivals are at odds over many issues from competing territorial claims to migrant boats and the status of Cyprus.

They came close to armed conflict last year over natural gas resources in the Mediterranean.

Since then, the countries have been attempting to lower tensions. But as recently as Sunday, the two countries traded barbs over the status of Greece’s Muslim minority.